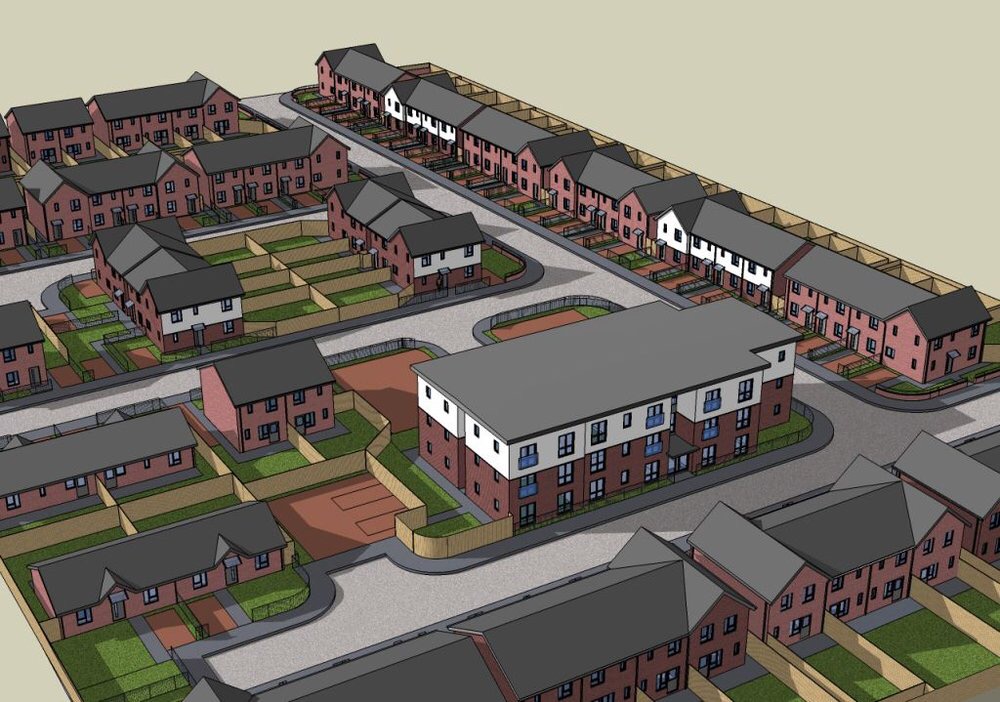 Planning officials have given the green light to City West’s 103-home development to be built on the former Salford City Reds’ rugby ground The Willows
The development, by City West and is part of their wider £140 million investment to build 1,500 homes in the North West by 2018.
The plans will see 23 three-bedroom houses, 55 two-bedroom houses, 21 one and two-bedroom apartments and four two-bedroom bungalows built for Affordable Rent on the turf, which was vacated by the club in 2011 to move to the AJ Bell Stadium in Barton-upon-Irwell.

City West will also build a new road to service the development and have received £2.7 million funding from the Homes and Communities Agency to build the homes.
Work on the site is to start in September, with construction set to be completed in 2017.
Nigel Sedman, Director of Investment and Regeneration at ForViva, said: “Securing the green light to start building is fantastic news. The UK is still in the middle of a housing crisis, and Salford remains in need of more affordable, good quality homes.
“Our latest project marks another step towards building 1,500 homes by 2018 – providing more accommodation for Affordable Rent and helping to further regenerate areas and create sustainable communities.”

Approval for City West’s latest development comes as they work regenerating the former site of the Patricroft Conservative Club on Edison Road in Eccles, Salford.

Having secured planning permission in August, City West is redeveloping the derelict site into a modern 36 apartment complex for Affordable Rent, with work expected to be completed by Autumn 2016.

New hotel for Old Trafford set to become a reality

Expansion plans set to double the size of Media City