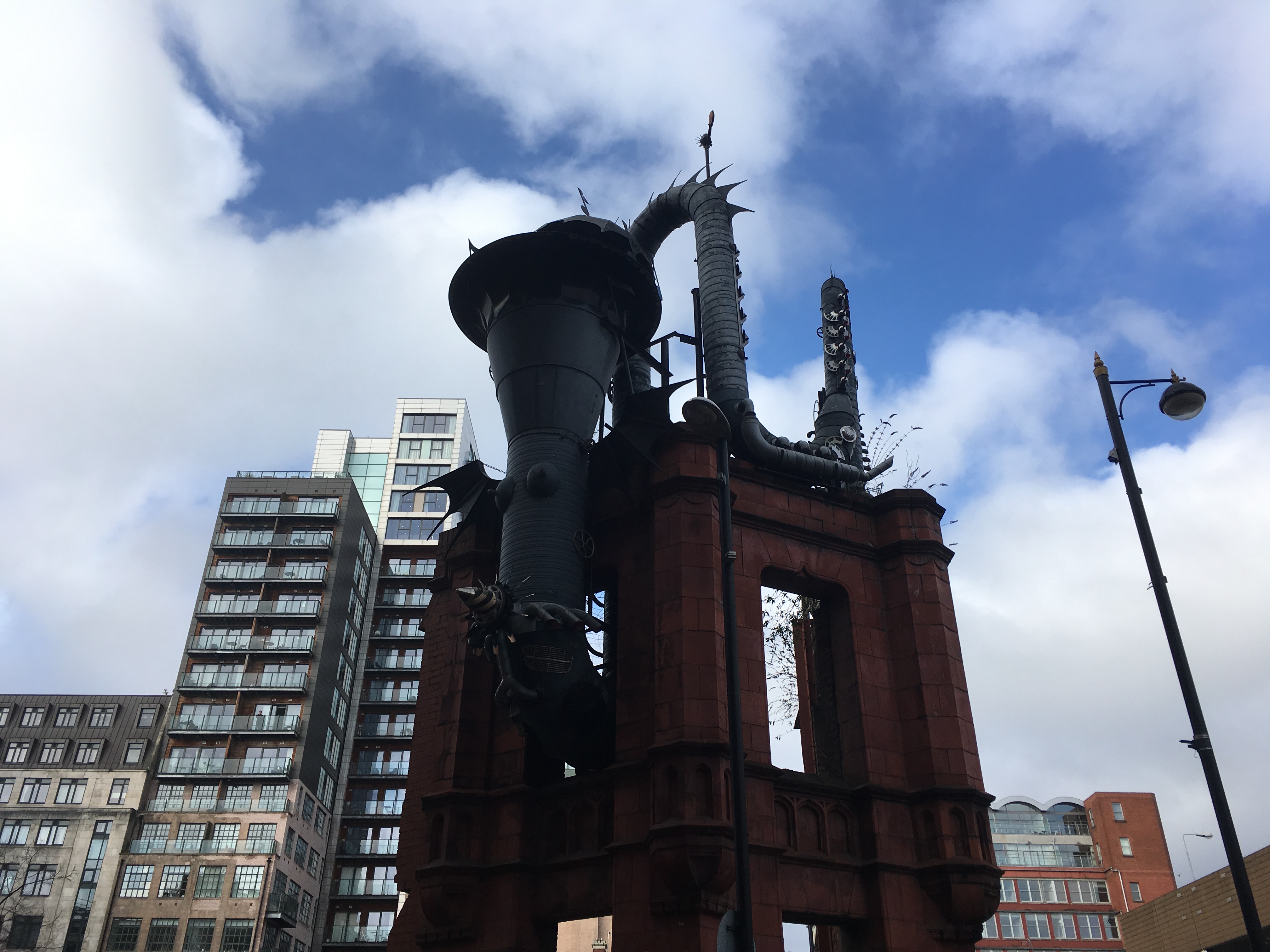 Farewell it seems to the Tib Street horn.

Thursday’s decision by Manchester Council’s planning committee to give the go-ahead to Fred Done’s 183 luxury apartments will see the sculpture that has stood on the corner of Tib Street and Church Street since 1999 be taken down.

The developers have promised to present it to the council, but it seems the council have at the moment little idea of what to do with it, one councillor telling the planning committee that it will probably go in storage.

The Tib Street Horn, designed by the Cornish based sculpture David Kemp, wraps itself around the remnant of a former hat factory. The artist once said of it, ‘It’s not really a saxophone, nor a dragon, coiled on the gothic stump of a Victorian hat factory. Perhaps it’s a listening device, filtering the left-over sounds from the street corner below, where the past bumps into the future, shooting the lights.”

Kemp was known for his assemblage sculptures, a technique first developed by Picasso who had the revolutionary idea that sculpture can be made from existing objects brought together as a 3-D collage. Tib Street bares witness to that testament.

Which other Street will remains to be seen

New hotel for Old Trafford set to become a reality