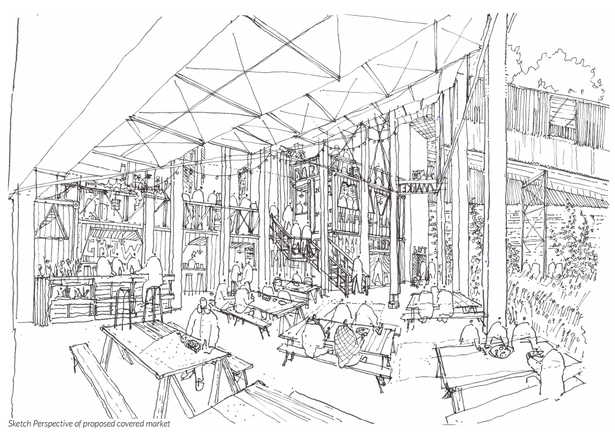 Plans that could potentially create1,300 homes, 807,293 sq ft of office space, a 350-bedroom hotel, retail and leisure facilities and a new city park, creating more than 7,500 office, retail, leisure and construction jobs have been submitted.

The scheme to regenerate the Mayfield area of Manchester City Centre, a vacant 17,459 sq ft plot on Baring Street between the former station and the River Medlock would see £850m being spent over the next ten years if approved.

Specialist Urban Regeneration Developer U+I  are behind the scheme after winning the contract late last year.

The uses could include hosting food and drink outlets, craft markets and events, pop-up retailers, studios, workshops, and performance space, while U+I would also have its Manchester project office on the site.

The designers have taken inspiration from grass-roots projects such as the Dalston Curve Community Garden in Brixton according to the plans.

Mayfield was built in 1910 as a rail traffic overflow for what was London Road Station, now Manchester Piccadilly. The last train ran through in 1960 and the building was used as a post depot until 1986 when the site was permanently abandoned.

It was temporarily revived for the Manchester International Festival in 2013 and there were plans to turn the site into a warehouse project but these were abandoned the following year.