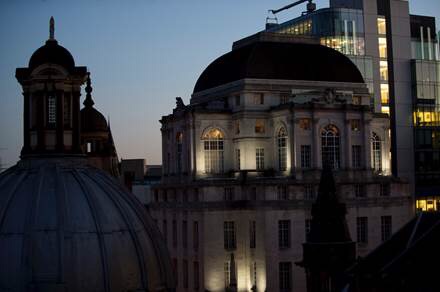 Hotel Gotham has been named “Coolest Boutique Hotel” by Prestige Events at its annual Cool Venue Awards, capping off a hugely successful opening year for the property.
Receiving the accolade at a private awards ceremony in Central London, Gotham was singled out as a property that embodied “Charisma, Originality, Style, Innovation, Sex Appeal, Authenticity, Aspiration, And Uniqueness”.

Opening in April 2015 at the head of Manchester’s iconic King Street, Hotel Gotham was named “Outstanding New Hotel” at the 2015 Independent Hotel Show, and has attracted glowing reviews from both critics and guests. It boasts 55 bedrooms and an atmospheric restaurant, alongside 5 decadent inner-sanctum suites and a spectacular private rooftop bar .

“Although we’ve never compromised on substance, style has always been crucial to Gotham and we are delighted to be recognised in this way”, Sales Manager Matthew Miller commented. “The whole team have worked tremendously hard since opening and the public have really bought into the way we present ourselves and the experience we are trying to create.”

All blooming at the Printworks Eco Garden