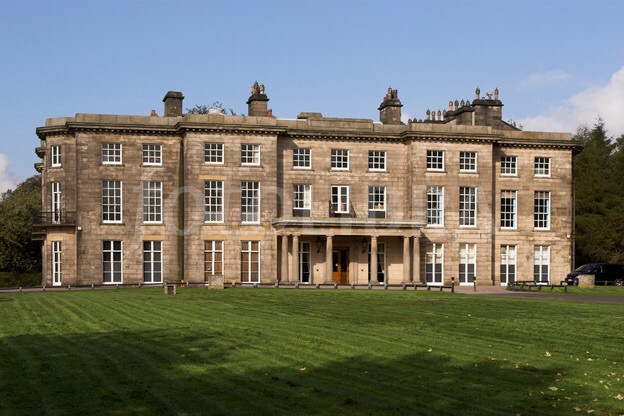 Ambitious plans to preserve the future of Haigh Hall by turning it into a boutique hotel and spa have been approved this week by Wigan Council.

With the estate in need of multi-million pound investment, councillors agreed to grant planning permission to Contessa Hotels who will now restore the Grade II Listed hall to its former glory.
The plans will see the hall, which will still be owned by Wigan Council and leased to Contessa Hotels, turned into a luxury four-star boutique hotel complete with 30 en-suite bedrooms, a spa and a fitness centre. A new car park, access off Higher Lane, landscaping and an additional ceremony room located on the roof of the hotel also form part of the plans.
The £6m restoration of Haigh Hall is at the centre of a wider regeneration masterplan for Haigh Woodland Park, which includes a new family adventure zone with a high ropes area and an innovative adventure golf course, improved footpaths and heritage trails and a kitchen courtyard within the existing Stables Courtyard.
Once the works have been completed, Haigh Hall will be removed from Historic England’s Heritage at Risk register, which aims to protect and manage the historic environment, by reducing the number of ‘at risk’ historic places and sites across England.
Councillor David Molyneux, deputy leader of Wigan Council, said:
“This is a really important step in securing the future of Haigh Hall. As part of the plans, the hall’s original features will be brought back to life and areas that are off limits will be brought back into use. This is a really exciting time for residents across the borough, many of whom will have fond memories of the hall, despite not being able to access much of the building. The restoration of the hall, together with the improvements to the grounds, will mean residents will have more opportunity to enjoy Haigh Woodland Park.
“Our main priority now is to finalise the plans to enable the work to begin as soon as possible.”
Wigan Council’s planning department has been working closely with Contessa Hotels and consulting conservation bodies, Historic England and The Georgian Group to develop plans which aim to protect and preserve the hall’s rich heritage.
Craig Baker, Director of Contessa Hotels, said:
“This whole experience has been such an exciting journey to developing a luxury offering to the borough. Yesterday’s (Tuesday 18th August) planning committee provided us with the best outcome, especially their unanimous vote to Contessa Hotels officially coming on board and the whole team couldn’t be happier. We are very much looking forward to getting started.”
The hall was built between 1827 and 1840 by James Lindsay, 7th Earl of Balcarres, it replaced an ancient manor house and was the Lindsay family’s home until 1947, when it was sold to the Metropolitan Borough of Wigan.