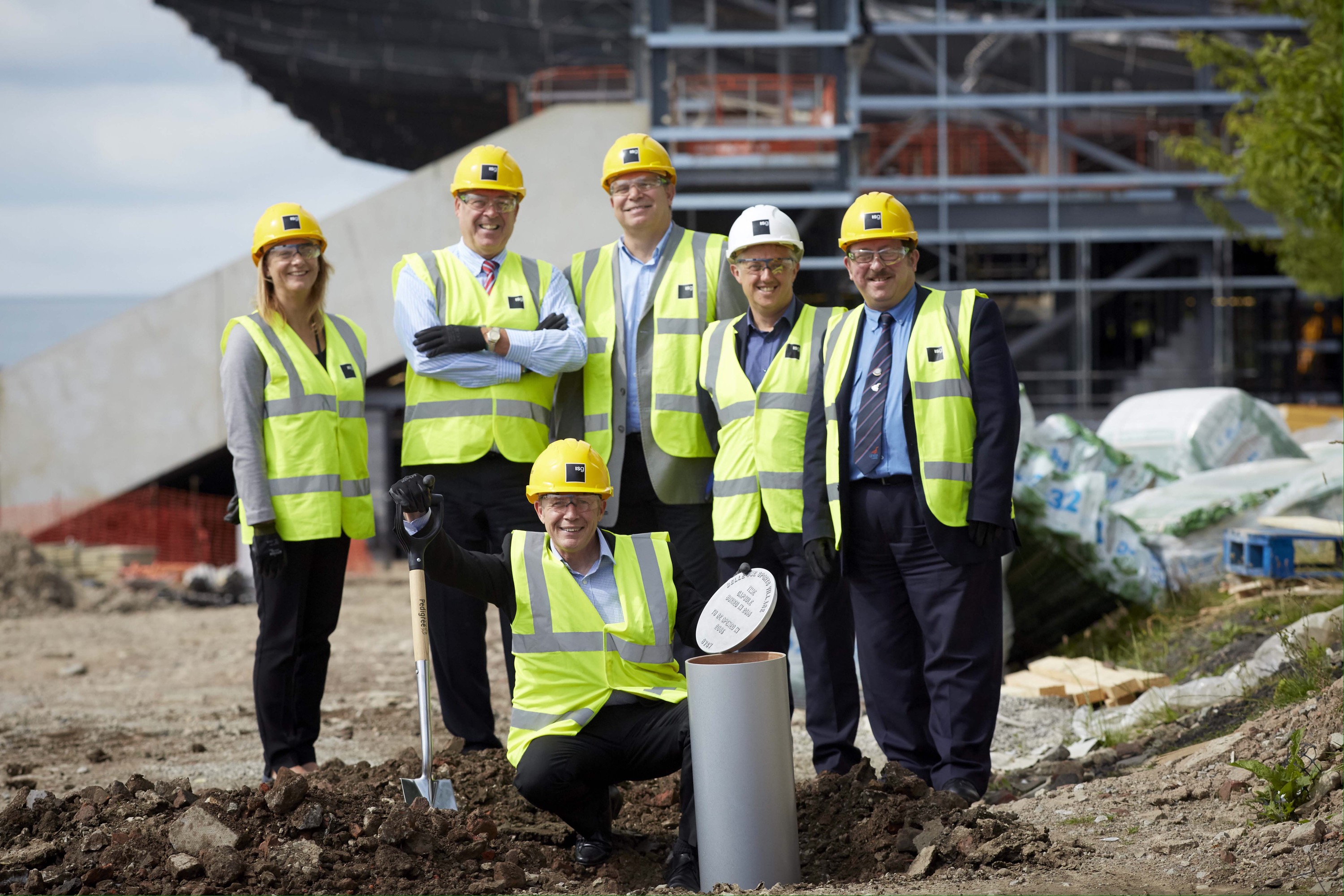 A Leaflet with information about the once defunct Manchester Central Football Club that played close to the Belle Vue Sports Village some bolts used in the construction process and a variety of photos, membership cards, programmes, badges, documents and memorabilia reflecting Belle Vue Aces History.

These were all items that were placed in a ceremonial time capsule at the start (and end) line of the new National Speedway Stadium, a major development that is part of the Belle Vue Sports Village.
The time capsule, that  will be dug up and opened in fifty years ,contains objects and ephemera from the wide ranging partners involved in the development of the Belle Vue Sports Village as a lasting celebration of the project, and as a snapshot of the local area for future generations to uncover.

Each partner chose objects that are special or important to their organisations’ history, or will be interesting to future generations as a symbol of the time it was buried.

The development will bring world class significant national centres for both speedway and basketball to Manchester – along with a new National Speedway Academy that will look to develop the next generation of riders. 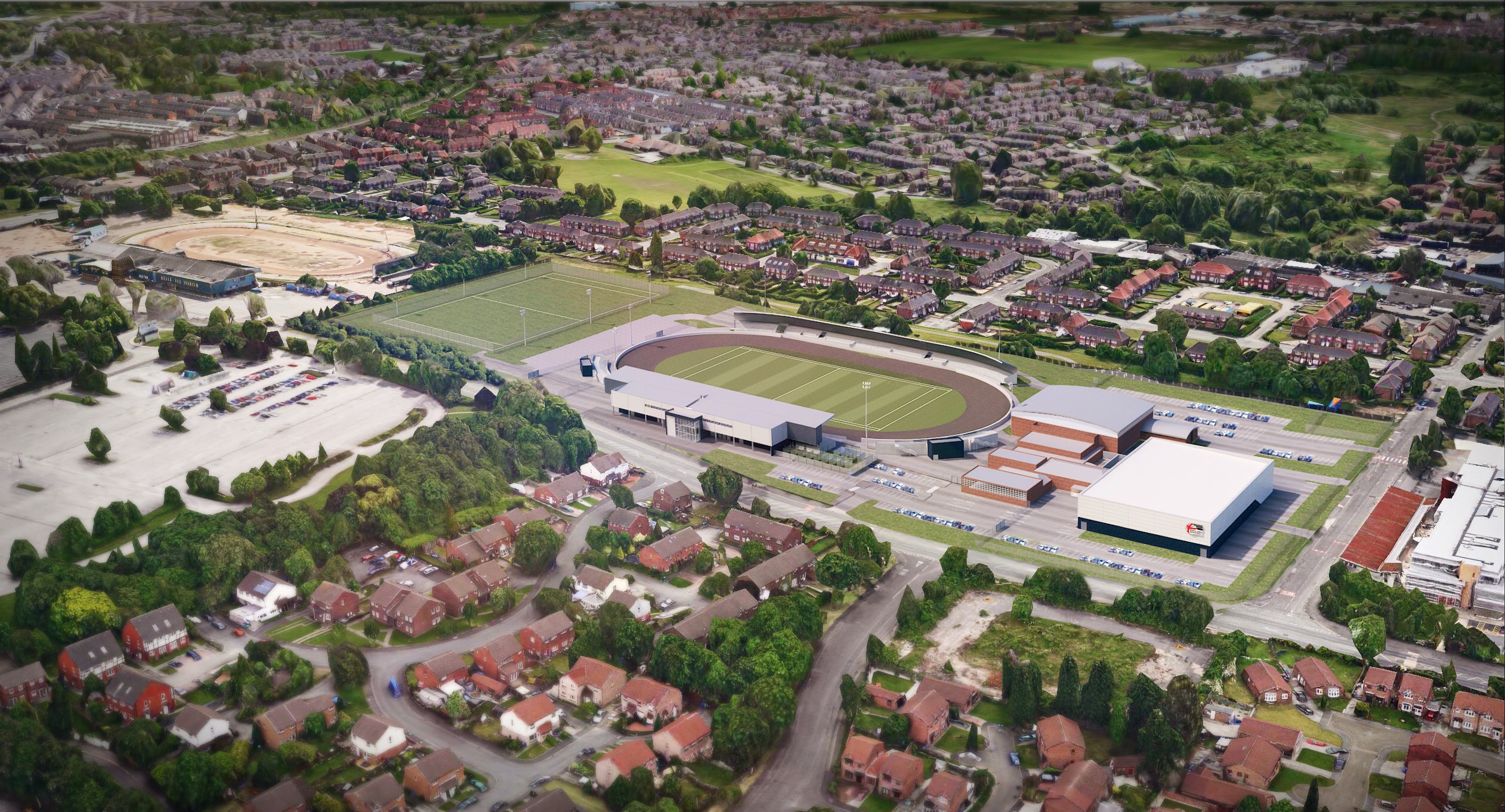 The development will also see two new 3G artificial grass pitches and a programme of modernisation to the Belle Vue Leisure Centre. The improvements will support a new programme of community rugby league and football, as well as provide St Peter’s RC High School with state of the art facilities for curriculum and extra curriculum PE and sport.

The purpose built speedway venue – boasting a 1,842 seat grandstand –will be capable of hosting both national and international race meetings, attracting some of the world’s best riders to east Manchester.