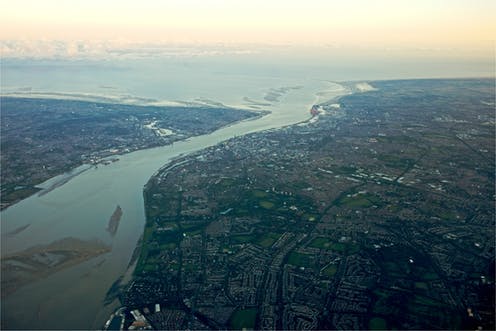 Observing that Britain is one of the most geographically unequal countries in Europe, Shadow Chancellor, John McDonnell, will say that these plans show that Labour will govern for the whole country, bringing new jobs and industries to every region, connecting communities with better transport links and investing in public services after decades of cuts.

McDonnell will say that Labour’s regional manifestos show how Labour’s plans to take on vested interests and deliver change will benefit every person and community in Britain through free education, affordable homes, more reliable public transport and secure, well-paid jobs.

The regional manifestos will be launched alongside further details of Labour’s £250 billion Green Transformation Fund – an “investment blitz” on a scale unseen since the Second World War. McDonnell will say that this investment will breathe new life into local economies across the country and bring pride back to communities by kickstarting a Green Industrial Revolution in every part of the UK. He will also set out how Labour’s 1 million new green jobs will be distributed across each English region.

Among the promises,the production and transport of hydrogen, a gas that burns with zero emissions for use in our homes, industry and transport and Carbon capture and storage to make UK heavy industries the lowest carbon in the world.

Tidal lagoon and tidal stream technologies, including a tidal power project in the Mersey and three new steel recycling plants in Redcar, Workington and Corby, each creating over 1,000 jobs as well as nine plastics remanufacture and recycling sites, one in every region.

They are promising  Northern Powerhouse Rail – Connecting millions of people living in Liverpool, Manchester, Leeds, Hull, and Newcastle and drastically cutting journey times (Manchester to Leeds will take just 25 minutes, as will Liverpool to Manchester) and plants to manufacture batteries for electric vehicles in Stoke, Swindon and South Wales creating 5,000 jobs each.

“This election is a chance to bring our country back together. Britain is one of the most unequal countries in Europe but under Labour that will change.

“Labour will govern for the whole of Britain, handing wealth and power back to every community and giving everyone a better life.
Labour will deliver an investment blitz to rebuild our public services and kickstart a Green Industrial Revolution that will bring prosperity to every region while tackling the climate and environmental emergency head on.

“We’re investing in our collective future and your family’s future to get the economy moving again in every part of Britain, with new industries, better, well paid jobs and communities we can all be proud of.

Full List of Election Candidates for Wigan and Bolton

Muslim Council of Britain accuses Tories of ‘deceit’ over Islamophobia