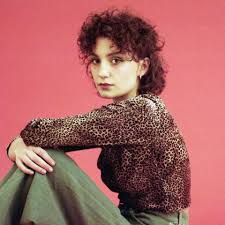 With a ring of a bell Manchester International Festival 2019 has begun, with the BBC bringing their Introducing… show live to the heart of this great city.

If you haven’t been down to Albert’s Square yet this July – it has been completely transformed! Renamed “Festival Square” they have created a summer version of the Christmas markets. Food stalls, bars – including a very welcome accessible bar for wheelchair users only – the MIF logo in front of the Town Hall decorated in flowers gives a feeling of luxury. But don’t be fooled – most of the events are free to attend. When the sun is shining, with plenty of deckchairs and hipster folk to mix with and enjoy the surroundings you can be excused for spending most of July here if you choose.

The BBC have the likes of Mary Anne Hobbs, Shaun Keaveny, Stuart Maconie and Mark Radclifffe all broadcasting their radio shows live from Manchester International Festival from the square over the next few weeks, but we were here for the live stage for the BBC Introducing in Manchester takeover.
This was also a timely reminder that beyond the chart-topping Blossoms, The 1975’s continued efforts for world-domination and the ever-present Gallagher brothers, Manchester has a wealth of musical talent to celebrate. The former two bands first made waves appearing on the BBC Introducing show long before the mainstream stations caught on. It’s a must-listen for anyone who wants to keep up with the latest trends with hosts Michelle Hussey and Natalie-Eve Williams presenting live most Saturday nights at 8pm.
First up was Liam Frost. Never quite having that breakout viral hit that seems to decide who our pop stars are these days. But he is certainly not short of talent and having toured Manchester venues endlessly these past ten years, it is almost a rite-of-passage to see him play live. I really enjoyed his performance here; stood solo with guitar in hand. There are some beautiful songs on his forthcoming album The Latchkey Kid – due for release in September.
Next on the stage was alternative wise-cracking rapper ARGH KID. Longsight’s equivalent to Mike Skinner. He was at his infectious best during a 4-song set, with cynicism and good humour. The perfect act for this kind of night, giving great exposure to a local artist. You could tell he appreciated the opportunity.
Enter the third act: Phoebe Green. This Manchester-based Green delighted the crowd with her seductive indie pop songs. Long-supported by the BBC Introducing gang she’s now getting Radio 1 airtime and destined to stay there. Her on-stage presence is quite reserved but there’s clearly a confidence in her craft, which has been honed during a support slot for Sundara Karma earlier this year.
Finally, headliners OneDa backed by DJ The Mouse Outfit celebrating headlining this huge even in their home city. “Manny on the rise!” she cried. It is quite fitting in today’s ground-breaking era of equality (there’s still a long way to go, of course) to have a black female artist headline and she justified the billing completely with the crowd in the palm of her hand from the off. There was clearly a loyal following in the crowd but she had all the melodic tones and skillful word play we needed to the end the night on a high.

She is not necessarily the typical guitar band usually associated with Introducing, but she is a good representation of the city.

Manny on the rise.