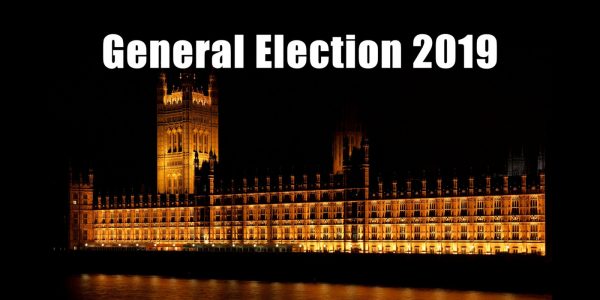 With the chances of a general election before the end of the year rising, a new report out today suggests that low-income voters could be key to its outcome.

The votes of people struggling to make ends meet on low incomes are ‘up for grabs’ like never before and are set to have a bigger influence on who ends up winning the next General Election, according to a new landmark report on voter behaviour for the independent Joseph Rowntree Foundation (JRF).

The analysis shows that for the majority of this group, economic concerns remain more important than other issues, including Brexit – underlining the urgency for the main political parties to address these issues in order to find a path to a majority.

The research, by Professor Matthew Goodwin at the University of Kent and Professor Oliver Heath at Royal Holloway, University of London, for JRF, draws on data from the ‘gold standard’ British Election Study (BES). Looking at the last 30 years, it presents the most comprehensive study of low-income voters to date.

With the country at a crossroads and ongoing turbulence in Westminster politics, the analysis provides timely lessons for the main political parties. JRF is urging all party leaders to tackle the injustice of poverty and embrace an agenda which unlocks opportunities for people on low incomes.

“As British politics remains in deadlock, more families are being swept into poverty and facing unacceptable situations as they struggle to make ends meet. This is a wake-up call to the main parties: people on low incomes and in struggling towns and cities are demanding change.

“Whilst Brexit is important, for the majority action on living standards is the most significant issue driving their voting choices. People are frustrated at the failure of politics to unlock the jobs, investment and opportunities needed so their families and local economies can thrive.

“Low-income voters now occupy an increasingly important position in General Elections. Not only are they turning out to vote in greater numbers, they are also the most likely group to switch party or change their view.

“The party which embraces this agenda and sets out credible solutions to solve these problems and loosen the grip of poverty may find the keys to Number 10 in their hands.”

“Low-income voters are essential to understanding why Britain is where it is today, where it might be heading tomorrow and to explaining the varying fortunes of our political parties. Low-income voters occupy an increasingly important position in shaping the results of elections. The implications for the main parties were reflected at the outcome of the 2017 general election.

“Labour was more successful in low-income Britain because they tapped into the left-wing economic views of low-income voters. They can build on this success, but they need to be mindful about low-income voters’ attitudes towards crime and law and order, as well as Europe, and think far more seriously about how they can bolster living standards.

“The Conservatives and their next leader have considerable potential among this group because they are closer to low-income voters on issues like Europe and crime. If the Conservatives switch toward an economic message that has more resonance among low-income voters they could unlock even more support. Without these voters the Tories have little chance of holding onto power. Put simply, there are good reasons for both of the main parties to adapt their position.”