A brand new machine has been placed into Manchester city centre police station to help test seized drugs, in a scheme that is the first of its kind in the country.

Using the new piece of equipment from Manchester Metropolitan University, police will be able to quickly tell what is in the drugs they have seized, whether they could be particularly dangerous to users and ultimately build an accurate picture of the drugs landscape across Greater Manchester.

The agreement has formed the MANDRAKE unit (Manchester Drug Analysis and Knowledge Exchange) and is the result of a Memorandum of Understanding (MoU) that GMP and the University have signed. The MoU builds on the work that the University and the Force have been carrying out for the past 18 months, particularly around tackling the debilitating effects of spice and other New Psychoactive Substances.

Substances that have either been found or seized by the police can be sent to the city centre police station. Within an hour, MANDRAKE analyses the substances and allows the information to be sent to GMP officers, healthcare professionals and front-line responders across the region.

Dr Oliver Sutcliffe, Senior Lecturer in Psychopharmaceutical Chemistry at Manchester Metropolitan University, said: “We are pleased to support Greater Manchester Police under this initiative. The arrangement builds on the projects that we are currently running with the police.

“We hope that our lab analysis will help improve drug awareness amongst our communities, and enhance and inform harm reduction schemes across the city.”

Superintendent Chris Hill from Greater Manchester Police added: “This initiative will give us the ability to test unknown substances as quickly as possible so that we can respond as soon as possible if there is an ongoing danger or threat. It will also help us continue to develop our knowledge of the current drugs landscape and ultimately share information with our partners. It’s really important that we have all of the information possible so that we can continue to tackle the drug issues across Greater Manchester but also work with partners to keep people safe.”

Professor Richard Greene, Pro-Vice-Chancellor for Research and Knowledge Exchange at Manchester Metropolitan, said: “This partnership is testament to the hard work and well-deserved reputation that academics at the University have earned through their collaboration with GMP.” 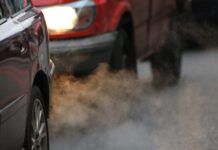 Post lockdown traffic getting back to normal but air remains cleaner as congestion is down, new research suggests