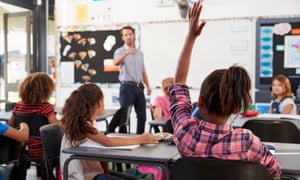 The Conservatives are promising to give Ofsted greater powers and more money to improve discipline in classrooms and bolster school standards, under new plans revealed today.

With 85% of children now in schools rated good or outstanding by Ofsted – up from 66% in 2010 – and the majority of parents relying on Ofsted judgements to give them the information they need to find out about their child’s school, these measures will ensure Her Majesty’s Inspectorate have the resources and powers they need to ensure standards in our schools remain high.

The package of measures will include longer inspections to be sure of the full breadth of a school’s activity.

The Tories are saying they will increase the length of inspections in secondary schools and large primary schools from two to three days – with the extra day focused on behaviour, bullying and the school’s extra-curricular offer including sport and Physical Education to reassure parents that all aspects of their child’s school are properly evaluated.

They will also change the rules so that outstanding schools are also subject to routine inspections. This will give parents total confidence that the best schools really are delivering the highest standards.

The move, they say, contrasts with Jeremy Corbyn’s manifesto plan to abolish Ofsted and leave local politicians to mark their own homework when it comes to the quality of schools. This would lead to 152 different systems making it impossible for parents to compare schools and make the right choices for their children.

“In the past decade, the hard work of teachers and our school reforms have meant record numbers of children in good or outstanding schools – more children having a good education and learning the knowledge and skills they need to go on and live a fulfilled life. Now, in the decade to come, these plans along with the additional £14 billion that we are putting into our education system will help to keep that number rising.

“But there is something else we need to do so that we can really focus on making our schools the best in the world – end the gridlock in parliament and get Brexit done.

“That’s the real choice at this election: a Conservative majority Government that sorts Brexit and unleashes Britain’s true potential. Or Jeremy Corbyn in Number 10, prolonging the paralysis with more Brexit delay and the chaos of two more referendums, and preventing the country from getting anything else done.”

“Ofsted is an independent and trusted source of information for parents and teachers and their inspections help to raise standards in our schools.

“But Jeremy Corbyn’s Labour want to scrap Ofsted, meaning parents won’t have reliable information about the performance of their child’s school. Without independent inspections school standards would fall and our children would be less safe.

“A Conservative Government will back Ofsted with more funding to carry out better and more focused inspections so that parents have more reliable information about their child’s school, and school standards are driven up across the country.”

Labour will close the gender pay gap by 2030