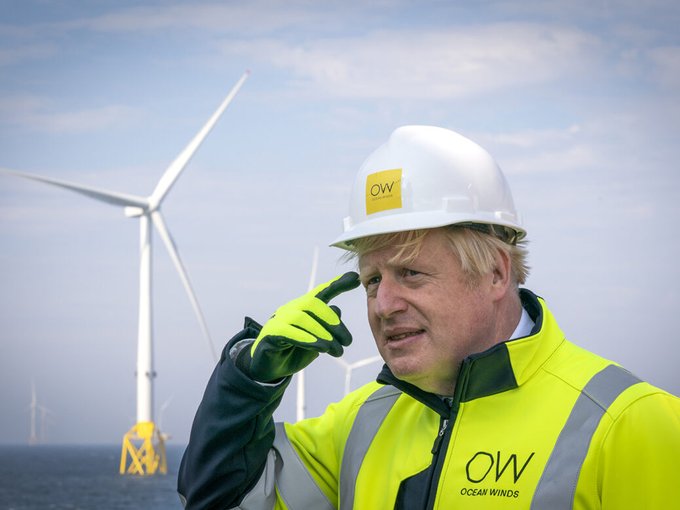 “This strategy does little for the more than a million northerners trapped in fuel poverty. What’s more, it could actively hamper the North’s efforts to drive the UK’s energy system towards a sustainable future in which communities are empowered to lead, and feel the benefits of a ‘just transition’.

“The North is a clean energy powerhouse – over half of England’s renewable energy is currently generated here. Now, more than ever, our region should be empowered to position itself as a global leader in clean energy generation. To do this, we need ambitious government support for significant quantities of renewable energy. This is our are best bet for rapidly decarbonising the UK’s energy system and developing new fuels like hydrogen. So while it’s positive to hear that government plans to set new targets for wind and solar energy, it shied away from doing the same for onshore wind, or from going further by actually giving communities the opportunity to obtain energy assets themselves, if they wish.

“This is a strategy that requires urgent improvement. Northern leaders have already begun to develop ambitious plans to increase the North’s renewable energy generating potential. The government should back these plans to ensure the UK has a resilient energy system and that leaves nobody with the impossible decision between feeding their families and heating their homes. A windfall tax on oil and gas profits today could help people immediately, as well as allow for increased investment in renewable energy”.

“How on Earth can our Government launch an Energy Security Strategy without a word on energy demand reduction? A comprehensive energy efficiency scheme could slash bills & create 500,000 jobs – but the PM’s flunked it”

While Labour Shadow spokesman Ed Miliband  said “Our energy policy is being held to ransom by Tory backbenchers,”  in an appearance on BBC Radio 4’s Today programme this morning.

He argued that the government’s new energy strategy will do “nothing” this decade “to help people with energy bills or with the energy security situation” because of the Conservatives’ rejection of renewable power sources, particularly onshore wind. He stressed that onshore had been dropped from the government’s plans “not because of the national interest, but because some Tory backbenchers said they didn’t want it to happen”.

Friends of the Earth said that the strategy won’t lower people’s bills or make our energy secure. But investment in renewables and insulation can, adding

“It misses the most obvious things that would reduce energy demand and protect households from price hikes. The quickest way the government can do this is through renewables and funding a council-led, street-by-street free insulation programme.”

“It has taken a war and a global crisis to get this government to act on the long-standing and vitally important issue of meeting the energy needs of the country and the planet. This is something we have been pushing for years.

“Now we have promises of investment and new jobs. But the devil will be in the detail. Government investment must be tied to UK job guarantees and not be syphoned off to boost offshore profits. There can be no further delays on delivering the new jobs and they must be union jobs, covered by collective bargaining, good pay, terms and conditions.

“And let’s not pretend that this strategy is enough to fix the pain inflicted upon workers and households right now by the UK’s punishing energy costs. Energy producers are making more cash than they know what to do with. A targeted windfall tax could get cash directly into the pockets of the people in this country who are facing the terrifying dilemma of heat or eat.”