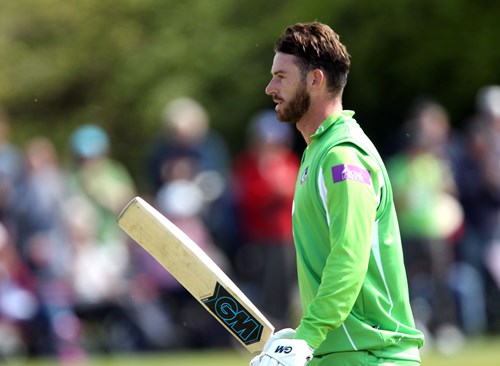 Lancashire all-rounder Jordan Clark is to join Surrey on a three-year contract at the end of the 2018 season.

Clark, who came through the Lancashire Cricket Academy, has put in a number of impressive individual performances for the Club over the years.

In 2013, Clark became the first English professional cricketer to achieve the feat of hitting six sixes in an over during a second team Roses clash at Scarborough. More recently, Clark became just the fourth man to take a hat-trick in a Roses Championship game when he dismissed Joe Root, Kane Williamson and Jonny Bairstow at Emirates Old Trafford in July.