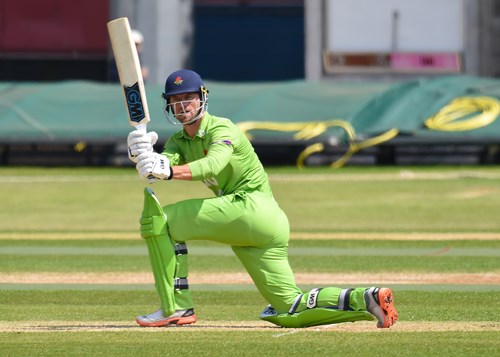 Luke Procter delivered victory for Northamptonshire against his old county, Lancashire, by two wickets and with just a ball to spare at Wantage Road in the Royal London One Day Cup.

It was an incredible game of cricket with both innings swinging back and forth. Northants, set 280, were 194 for two in the 34th over but lost three for five in four overs. The equation was finally reduced to two needed from two deliveries and Procter flicked Matt Parkinson’s leg-spin wide of midwicket for a boundary to win the game.

But until Procter, who finished 43 not out from 38 balls, and Adam Rossington, 34 from 44, came together, Lancashire looked likely to steal the match from the jaws of defeat. Having needed 86 to win from 17 overs with eight wickets in hand, the game was turned on it’s head by a calamitous run out.