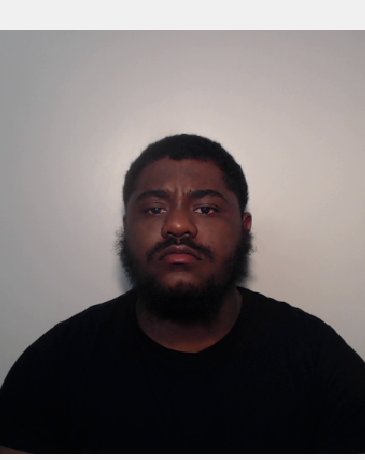 Khalyl Mattis aged 22 of Lynton Drive, Burnage has been jailed at today at Manchester Crown Court for four years after being found guilty of a number of driving offences including causing serious injury by dangerous driving, dangerous driving and perverting the course of justice
.
The court was told that last October officers out on patrol in Moss Side attempted to stop a black VW Golf with Mattis at the wheel on Caythorpe Street.

Mattis sped up in an attempt to lose the patrol car, which was gaining on him.

After a short pursuit, police lost sight of the vehicle but were flagged down by a member of the public who told them the Golf had struck 79-year-old Fuad Ghalib while fleeing .

The officers immediately got out of the car to administer first aid to Mr Ghalib who was lying in the road with serious injuries.

He was taken to hospital where he was treated for life-changing injuries and, in the days following the collision, his family issued an emotional appeal for the driver to hand himself in.

Despite the heartfelt plea for Mattis to answer his crimes, which will change Mr Ghalib’s life forever, he continued to carry on about his life knowing that he had left a man for dead.

Police Sergeant Lee Westhead of GMP’s Serious Collision Investigation Unit, said: “Mattis showed no remorse as he tried every dishonest trick in the book in an attempt to avoid the consequences of his abhorrent behaviour.

“He woefully underestimated the investigation that ultimately uncovered his lies and proved that he was the person responsible for Mr Ghalib’s horrendous injuries.

“Mattis is a cowardly individual who was clearly terrified of us catching up with him and I hope today’s sentence sends the clear message to those driving dangerously on our streets. My team and others like them will relentlessly investigate dangerous drivers in the pursuit of justice.

“Finally, and most importantly, I would like to pay tribute to Mr Ghalib and his family who have had their lives turned upside down by the events of that day. Their bravery, patience and compassion have been remarkable. I hope they can now put this part of the ordeal behind them and focus on their lives as a family.”

Three arrested in Lower Kersal on suspicion of attempted murder