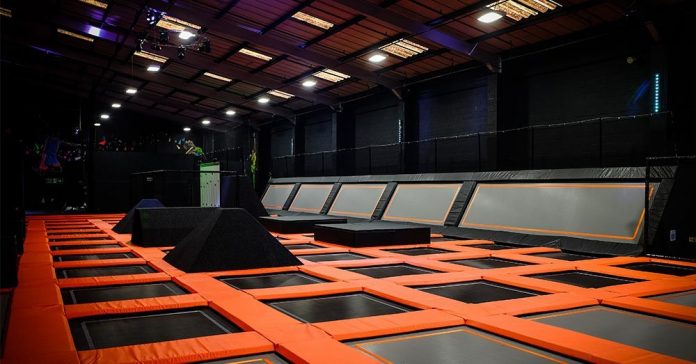 Manchester’s biggest indoor freestyle park, has announced it has welcomed 110,000 visitors to the park during its first year of trading.

Bosses at KickAir have released the figures to celebrate the company’s first birthday, and highlight the business’s success.

Since its set up in 2017, KickAir has also created several jobs in the city and currently employs 45 members of staff from the local area.

Naeem Akhtar, Director at KickAir, said: “We are extremely pleased with how our first year has gone, and proud to have welcomed so many people to the park throughout the year. While families are key to our success, we also regularly play host to adult only groups, as well as birthday parties, hen and stag parties, and groups of young people. It’s this broad appeal that really sets us apart from the rest.

“Over the last 12 months the business has gone from strength to strength, thanks to a combination of word of mouth recommendations, targeted on and offline marketing, and social media strategy, which have all worked together to make KickAir so successful.

“Feedback from out visitors had been impeccable, with the majority of our customers returning to us again and again, and we hope to continue to welcome more and more visitors as years go on.”

Akhtar added that the company has plans to expand into other major UK cities in the not so distant future, with expansion into Liverpool, Leeds, Birmingham, Newcastle, Glasgow and London all in the pipeline.

To celebrate further, KickAir is hosting its official birthday party on August 23rd, where members of the public will be entertained by DJs, face painters and other special guests. Tickets for the event start at £10 per person, but anyone who shares their birthday with KickAir will receive a free Crossover Pass worth £13.

When to Change Your Locksmith Bradford