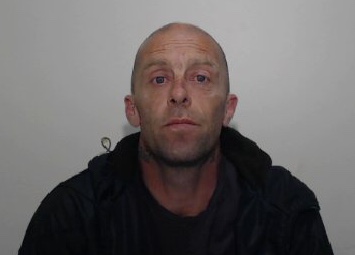 He will have to serve a further eight years on licence when released. He will also be added to the sex offender register for life.

The first victim, a woman in her 20s, had been out in Bury with friend in early July 2018.

After becoming separated from her friend, she was approached by Patonon The Rock shopping Centre close to McDonalds at 4.30am, who offered her help getting a taxi home.

He then led her to a quiet location where he raped her twice.

Fearing for her safety, she allowed Paton to accompany her back to McDonalds on The Rock  where she approached the counter and asked for help.

Paton, who was bare-chested and covered in dirt, overheard the conversation and fled the restaurant.

He then raped his second victim later that month.

The woman, who is in her 20s, was visiting Bury Market when Paton began talking to her and invited her for a drink before they went to his home.

Once inside he locked the door and threatened her with a knife before raping her twice.

After the attack, she left the property and flagged a car down.

Paton was traced through supermarket CCTV which clearly showed his ‘LFC’ tattoo with five stars beneath it on the back of his head.

He claimed both of the rapes had been consensual and denied threatening the second woman with a knife.

Detective Constable Ian Smith from GMP’s Bury Division said: “Paton is a predatory opportunist. He targeted two young women when they were at their most vulnerable before forcing himself upon them.

“What he has subjected these two young women to is unimaginable. Through their bravery in reporting these incidents, we have been able to remove a dangerous individual from our streets.

“We hope that today’s sentence provides them with some closure on their terrible ordeal, and they can continue their emotional recovery knowing he is behind bars – where he belongs.”