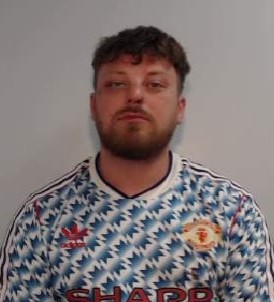 A man who knocked a fellow passenger’s tooth out during a flight from Morocco to Manchester before biting an arresting police officer has been jailed for 20 months.

A fellow passenger struck up a conversation about football due to the fact Whittingham was wearing a Manchester United shirt.

Despite the conversation starting amiably, Whittingham became abusive and as the flight continued he turned violent and erratic towards other passengers and cabin crew members.

He demanded drinks from the cabin supervisor and a glass with which to consume a 1 litre bottle of duty free whisky he’d brought onto the flight in his hand luggage.

When Whittingham was asked to sit down and wait to be served, he pushed the cabin supervisor and grabbed various items from the trolley.

Whittingham then assaulted four passengers, including the man who he was sitting next to who he punched – knocking his tooth out.

The captain radioed ahead to Manchester Airport and GMP officers were waiting for Whittingham when the flight landed.

When an officer boarded the plane, Whittingham rugby tackled him, biting him on the side of his chest which broke the skin and drew blood. Whittingham was then detained with handcuffs and leg restraints before being removed from the plane.

When asked about the assaults Whittingham said he could not remember any of the incidents and had no recollection of assaulting the officer.

In a statement, the cabin supervisor for the flight told the court, Whittingham’s behaviour was the worst he’d seen from a passenger in his 10 year career with the airline, describing Whittingham as like having ‘some kind of wild animal loose on board the aircraft’.

“He was violent towards those passengers unfortunate enough to be sat near him, as well as cabin crew who made every possible attempt to reason with him as the flight continued.

“Today his drunken, loutish behaviour has resulted in a jail sentence and he now has a long time to consider and rectify his despicable behaviour.

“I hope today’s sentence sends a message that we will not tolerate assaults on our officers or the endangerment of flights bound for Manchester Airport.

“Offenders will be met with a firm police response upon landing and we will always pursue a prosecution.”