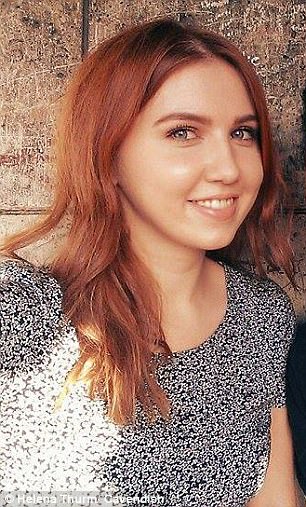 A man has been jailed for causing the death of a 25-year-old woman after driving dangerously in Sale.

He was convicted of causing the death of 25-year-old Helena Thurm from Altrincham by dangerous driving.

He was also banned from driving for two years and 11 months.

Helena was crossing Manchester  Road at the junction with Park Road and Woodcote Road when she was hit by Wall’s Vauxhall Astra back in June 2016.

Wall was just a mile from home when he speeded through the amber light at Timperley.

He been driving in a lane that had been sign-posted for left hand turns only – yet he continued straightforward and struck Helena, who believed it had been safe to cross.

The impact of the collision threw Helena about 10ft into the air. She was taken to hospital where she sadly died the following day.

Wall remained at the scene and was later summonsed to court.

Police Constable Paul Hailwood, of GMP’s Serious Collision Investigation Unit, said: “Wall’s dangerous actions that evening took the life of a woman who had her whole life ahead of her, robbing those close to her of a much loved daughter, sister and friend.

“Helena’s death left her family absolutely devastated and no prison sentence can bring her back but I hope it will bring them some sense of justice to see the man responsible jailed.

“Being in control of a car is no small responsibility of which the consequences can be heart breaking, as is sadly the case here.”