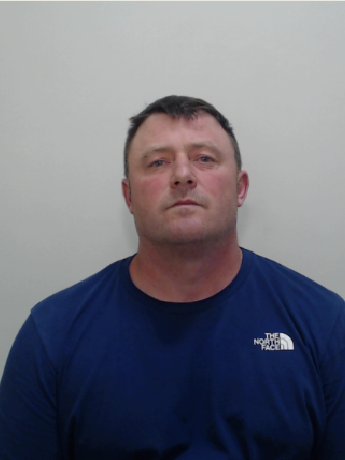 An Ainsworth man who took control of a vulnerable elderly man’s finances before stealing thousands of pounds from him has been jailed for thirty four months.

James Morris aged 43 of Knowsley Road, was sentenced at Minshull Street Crown Court today after pleading guilty to fraud, theft of cash via ATM and attempt theft via cheque.

The court heard that back in March 2016, Morris befriended a 70-year-old man with dementia in the Ainsworth area of Bury and began gradually assisting him with his shopping, due to his inability to drive as a result of his restricted mobility.

Over the coming months Morris would embed himself deeper into the man’s life, taking control of his bank cards and possession of his financial documents.

When the man was hospitalised with heart problems in April 2017 Morris wrote and sent a letter to a firm that managed some investments on behalf of the victim, asking that they be cashed in and the money paid into one of the bank accounts that he had access to.

The letter aroused the suspicions of the investment manager who then contacted one of the victim’s friends to raise concerns.

When the friend looked further into the matter, he found that Morris had used the victims account for transactions totalling over £10,000 between 31 March and 16 May this year.

It also became apparent that on two occasions Morris had attempted to cash a cheque to his personal bank account from the victim worth thousands of pounds.

On the second attempt he was almost successful in his theft of the money but the police managed to stop the transaction before the funds were cleared.

The incidents were reported to police and an investigation was launched, during which it was found that Morris had also re-registered the victim’s cars to himself and insured them in his name.

Detective Constable Ian Smith, of GMP’s Bury borough said: “James Morris took advantage of a vulnerable man with dementia who trusted him as his friend and stole thousands of pounds from him.

“He simply did not care about betraying his supposed friend who relied upon because he was lining his own pockets with the victim’s hard earned cash.

“There is no excuse for what he did and he will now have time to reflect on that as he spends the foreseeable future waking up in a prison cell.”

Knife-wielding offender who tried to stab a man during an argument in a city...