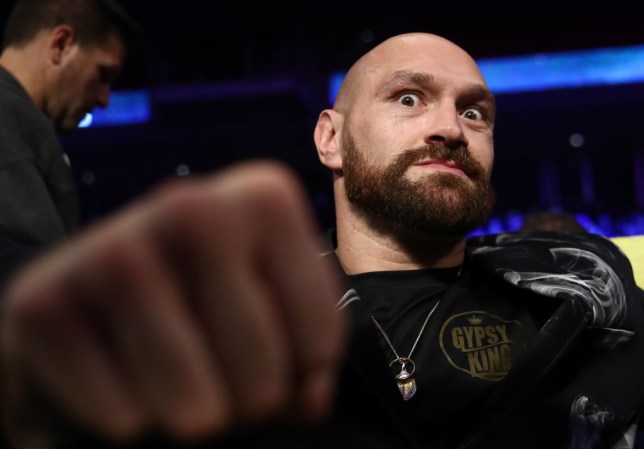 Tyson Fury has recently fueled speculation that he may fight in the world’s premium mixed martial arts promotion the UFC.

Fury returned to the boxing ring in 2018 after a three-year hiatus from boxing due to mental health issues.

Since then he has wasted no time making the most of his prime.

Six months after beating Sefer Seferi in his return Fury made the walk against widely feared power puncher Deontay Wilder in America. An iconic performance from the Gypsy King displaying his boxing skill and tremendous heart raised his profile in the States.

A couple of wins came after the Wilder fight as Fury knocked out Tom Schwarz and fought through adversity when he was cut against unbeaten Swede Otto Wallin, boxing to a unanimous decision win.

Frustration in waiting for Wilder, Fury recently made his debut in WWE against Braun Strowman. An event at which Fury won his first Pro Wrestling bout.

Now Fury has hinted at the chance of him competing in the UFC.

It started with Fury revealing that he had an offer from the biggest star in the promotion, Conor McGregor, to train with him in the hope of stepping in the cage at some point in the future.

Next came footage of the heavyweight training with England’s number one MMA fighter active at the moment, Liverpool’s Darren Till.

When the footage was released of Fury training with Till it received a reaction from many people involved with the UFC.

Dana White, the president of the UFC, commented, “Why would you wanna even come over and attempt this? I don’t think it ends well for him. It doesn’t make sense for his career.”

A reaction from Fury was inevitable. After White said that Fury would get smashed if he ever came to the UFC, the Manchester heavyweight said that his dad was calling White out to fight.

It was not just the big boss who reacted to Fury’s flirting with the octagon. Heavyweight Champion Stipe Miocic and French former heavyweight title challenger Francis Ngannou both took the bait as well.

Both tweeted about the potential match up and Fury responded by informing the pair that after he finished the remaining fights on his current boxing contract he was coming for them.

Fury signed a what was believed to be a five-fight deal at the start of the year with ESPN and has fought twice since. With the rematch with Wilder scheduled for February 2020 it would more than likely take him to the start of 2021 before the contract was up.

But it is not outside the realms of possibility that Fury will compete. The UFC has shown that they are willing to bring fighters in from other sports.

The biggest crossover fight involved McGregor moving in the opposite direction to what Fury is proposing. The infamous Irishman made the switch to boxing to fight undefeated Floyd Mayweather.

The UFC has hosted stars from boxing in the past. James Toney competed in 2010 against Randy Couture at UFC 118 and was submitted in the first round.

Holly Holm was named Ring Magazine female Fighter of the Year, twice in consecutive years in 2005 and 2006 before coming to the UFC and winning the Women’s Bantamweight Title from Ronda Rousey at UFC 193.

Other famous sports stars from different areas have also competed. CM Punk from the WWE competed in the cage twice, losing on both occasions and Greg Hardy, former NFL star, is currently competing in the heavyweight division.

In reality, Fury has a lot to learn before he enters the cage. With his great boxing skills, he could go toe to toe to any heavyweight in the UFC on the feet. However, in the grappling and ground aspects of the sport, it is unknown what he can do.

Whatever happens in the future with Fury, in a wrestling or boxing ring or inside the UFC octagon, one thing is for sure. It will be entertaining!