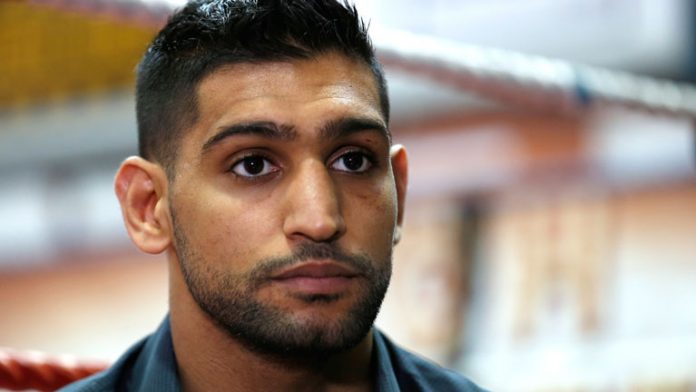 Bolton’s Amir Khan will return to the ring for the first time in almost two years with a fight at Liverpool’s Echo Arena on 21st April.

His opponent will be announced next week, the 31-year-old last fought in May 2016 when he was knocked out by Mexico’s Saul Alvarez in the sixth round of their WBC middleweight title bout.

Khan has signed a three-fight deal with Matchroom after ending a long-running feud with Barry Hearn.

“I’m determined to win another world championship and I’m confident I’ve got the right team behind me to help me do so.” he told the press conference earlier adding:

“I’m thrilled to be teaming up with Matchroom. This decision is not one I’ve taken lightly, as I’m at a hugely important time in my career, but having spoken to Eddie at length, it was clear he and I were on the same page in terms of what I want to be doing and what I still want to achieve.”