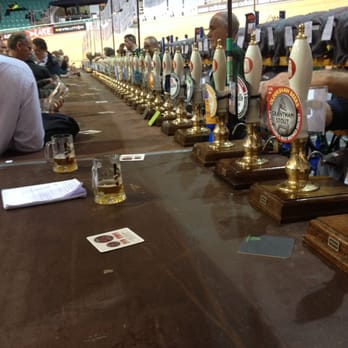 Manchester set to welcome ales from across the Emerald Isle

You can always rely on beer to solve the most difficult problems. And if the Prime Minister needs a hand with sorting the Irish border question, organisers of Manchester’s Beer and Cider Festival may have the answer.

After the runaway success of a bar dedicated to beers from the other side of the Irish Sea last year, the North’s biggest beer festival has paired up with leading Irish brewer The White Hag and its very own confidence and supply agreement. And an increased number of breweries are heading to Manchester later this month to delight drinkers.

Beers curated from North and South of the border include cask, keykeg and keg examples. Northern Ireland’s Boundary, Bullhouse, Farmageddon, Knockout and Mourne Mountain are planned to join Republic of Ireland brewers DOT Brew, Kinnegar, Metalman, Porterhouse, Rascals, Trouble Brewing and The White Hag. They will be exhibited on a dedicated Irish bar, one of twenty bars at the festival.

Returning to Manchester Central for the fourth year, the festival it is organised by the combined expertise of the nine Greater Manchester CAMRA branches. It has become an essential entry in most beer and cider lovers’ calendars.

Festival organiser Adrian Saunders said: “I’m delighted we can bring some of the very best breweries from across Ireland to Manchester to showcase their beers. Last year’s Irish bar was a great hit with our visitors, selling out by the Saturday night. We’re pleased to have worked with The White Hag to help with delivery and increase the choice for 2019.”

Bob Coggins from The White Hag added: “We’re delighted to be headlining the Irish bar at this year’s festival in Manchester, after first appearing on the scene here only a year ago. Cask beer is not big in Ireland at the moment. By having us over, CAMRA is actually doing a service to cask in Ireland as well as the UK. There are some amazing beers from our mates in Ireland, all of whom we consider to be the best breweries in the country. We will also have a nice surprise at the bar for any festival goers who fancy a trip to Ireland – so be sure to come and say hi at The White Hag & Friends Irish Craft Beer Bar.”

New Order + Liam Gillick: So it goes.. to be streamed exclusively for MIF...