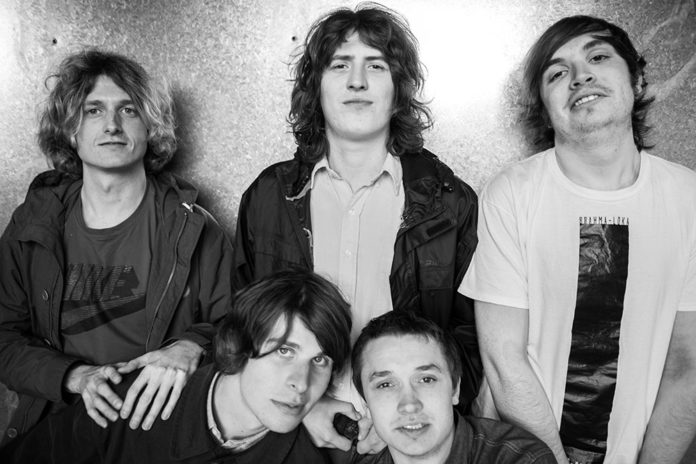 Cabbage return with brand new single ‘Torture’ released on their own ‘Brassicka Records’ on Wednesday 27th February and have also announced an 11 date Spring headline UK tour including a Manchester date at YES.

‘Torture’ Produced by James Skelly (Blossoms, The Coral, She Drew The Gun, The Mysterines) at Parr Street Studios in Liverpool is described by the band as “a combination of some hijacked philosophical crossroads and the belief in the human voice box. It’s our attempt at The Beach Boys if we ran out of money before getting the orchestra in. Nonetheless, with just a dose of pop and a terribly dour theme, it has come out just how we desired.”.

The single is a taster of what is to come from the follow up to ‘Nihilistic Glamour Shots’, the band’s critically acclaimed debut album release. The Mossley 5 piece have been busy preparing to hit the studio to record tracks for the new record some of which they will premiere at the forthcoming UK tour dates.

The tour which kicks off at Liverpool Arts Club on the 24th April includes two special Manchester shows at different venues YES(25th April) and The Deaf Institute(26th April) plus the band will head to London for their show at The Moth Club on 30th April.

Tickets for the tour go on sale at 9:30am on Friday 1st March from www.gigsandtours.com.