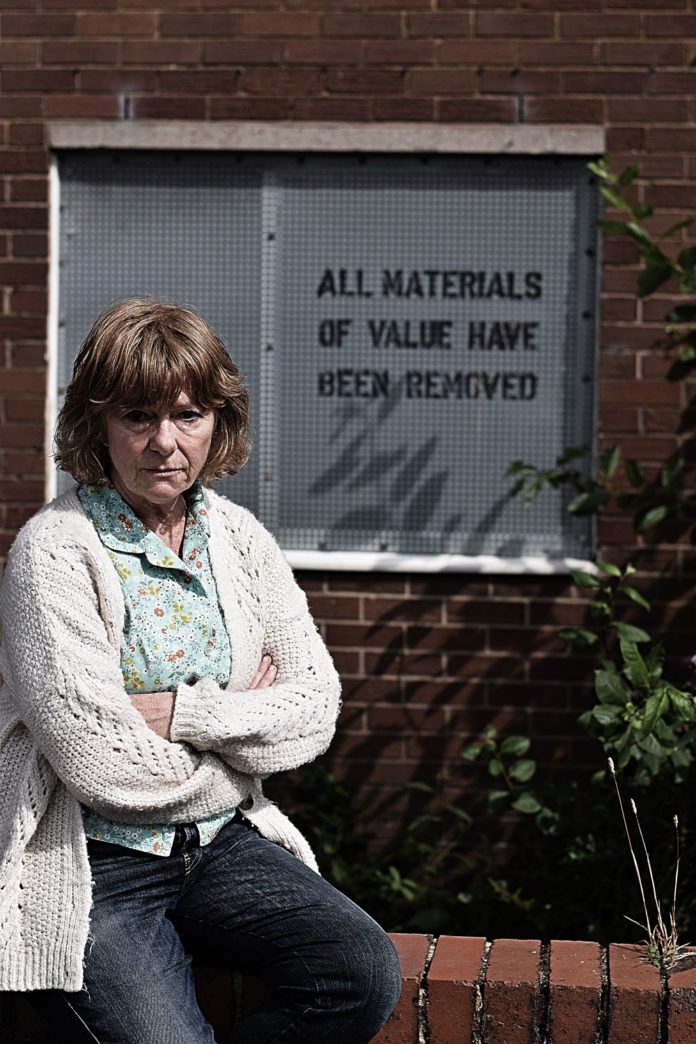 nspired by true stories of Salford streets affected by demolitions, the heart-warming, powerful and hilariously funny Tinned Up by Manchester playwright Chris Hoyle (The Newspaper Boy) will be presented on Oldham Coliseum Theatre’s historic Main Stage as part of the Theatre’s Main House Takeover, in a three-night run presented by 53two and Manchester Actor’s Platform (MAP) Productions.

Tinned Up follows the story of Shirley Parkin (Karen Henthorn) and her band of merry men and women. Shirley has lived at No.10 Brook Street all her life and has defied the council for years, refusing to move out of her modest two-up-two-down terrace.

But now the clock is ticking; will she be forced to leave behind her memories and forget her past to make way for the developers? Joined by her foul-mouthed friend Beryl, unhappy single mother Joy, and Daz the local stoner, Shirley campaigns to keep the local area from the cold grasp of profit-hungry developers.

Writer Chris Hoyle and director Simon Naylor previously worked together on the critically acclaimed production of The Newspaper Boy at 53two as part of Queer Contact in 2018. They reunite for Tinned Up as 53two and MAP also fight to find themselves a new home in Greater Manchester.

Director Simon Naylor commented: “As 53two is forced to move out of its home for a development, a play about being forced out of a home for development was an obvious choice! Tinned Up is fantastic – a beautiful piece of theatre from Chris Hoyle. I had the pleasure of directing The Newspaper Boy at 53two, which was also written by Chris, and this piece is just as good. Heartwarming, moving, powerful, relevant and hilariously funny – a classic Hoyle!”