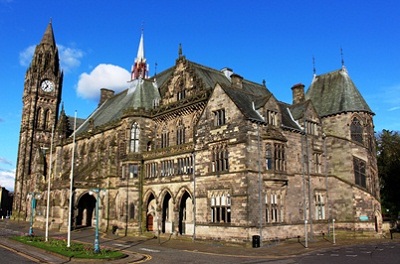 Police want to speak to a man described as having a large amount of sandy-coloured hair after a woman was raped near to Rochdale Town Hall.

The incident happened around 5.00am Sunday 31 March, the  woman was walking through a wooded area near to the rear of Rochdale Town Hall when she was forced to the ground and raped.

Officers want to speak to a man who is described as white, in his mid-20s, of slim build and with a slim, pale face.

He had a large amount of sandy-coloured hair, was very tall and spoke with a local accent. He was wearing a blue and white chequered shirt with blue jeans.

CCTV and other enquiries have been carried out by investigating officers but now they’re appealing for the public’s help.

Detective Constable Russ Clarke of GMP’s Rochdale District, said: “While we’re providing specialist support to the woman with the help of our partners, now we need your help to find the man responsible.

“Were you in Rochdale Town Centre around the time the offence took place? Did you see anybody acting suspiciously or running away from the area?”