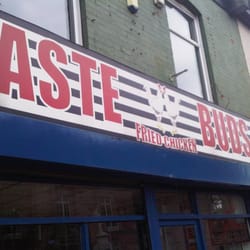 Police are appealing for the victim of a vicious attack in Sale to come forward.

Three men were outside Tastebuds Takeaway on School Road in Sale in the early hours of last Saturday, 10th June,when a man approached them and punched all three in the face, instantly knocking them all out. The offender then fled towards the canal.

The first victim, a man aged 34, sustained a cut to his lip, the second; a man aged 33, was taken to hospital with serious head injuries, but has now been released

Police are keen to trace the third victim and are appealing for him, and any witnesses, to come forward.

A 23-year-old man has been arrested on suspicion of grievous bodily harm and has been released under investigation.

“It’s really important that we speak to the third man, to check he is ok and doesn’t have any lasting injuries.

“If you are this man, or you know who it is, or if you saw the attack, please get in touch with police as a matter of urgency.”