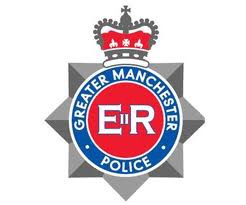 The Home Office has admitted that it used out-of-date figures around deprivation when calculating the funding formula allocations, which has led to major errors in its indicative assessment of what proportion of the policing budget each individual force will receive.
The police funding formula dictates how much each individual force receives in central government funding each year. It is, in effect, each police force’s “slice of the pie”. What it does not take into account is the overall budget – ie the size of the pie.

So although the proposed revisions to the funding formula mean that GMP’s slice will remain, more or less, the same as it did before, because the “new pie” will be significantly smaller, it is still expected that GMP to have another £150m slashed from its budget between now and 2020, with police officer numbers falling to 1970s levels.

“The government handling of these proposed changes to the police funding formula has been an absolute shambles since the beginning.

“At the start of this process, Greater Manchester’s Mayor and Police and Crime Commissioner Tony Lloyd said the government should come clean with the figures and say what the implications would be for the police service across the country. Had they taken our advice, they wouldn’t be in the mess they are in now.

“The staggering level of Home Office incompetence contrasts starkly with the specialist skills needed to ensure that the police service in this country is funded fairly and properly. This is all the more urgent as Police and Crime Commissioners up and down the land are currently trying to set local policing budgets in a Home Office-created atmosphere of chaos, confusion and uncertainty.

“The Home Secretary needs to make a clear statement in parliament next week to account for this mess and explain what she’s going to do to sort it out.”

Photo finish – care past and present at Stepping Hill Hospital

One of Cheshire’s most wanted men is arrested in Dubai