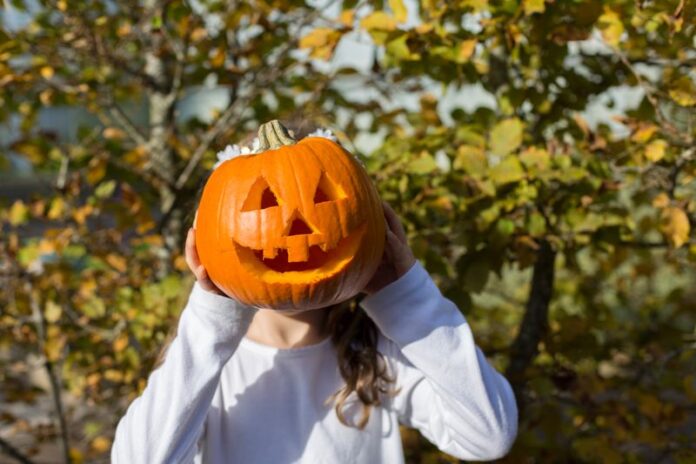 We’ve all heard of pumpkin carving and apple bobbing, but have you ever wondered where these Halloween rituals originate from? This Halloween, the Royal Horticultural Society (RHS) is highlighting the horticultural roots (pun intended) behind some of these much-loved festivities in a new family display which opens today, at RHS Garden Bridgewater, Salford (Fri 22 Oct – Sun 7 Nov 2021).

The display is inspired by the collections at RHS Lindley Library, which include illustrations of gourds, squashes and other seasonal produce dating back to the 16th century.

Antonia Harland Lang, Exhibitions and Event Co-ordinator at the RHS Lindley Library, says, “Folklore and traditions around the Halloween period continue to inspire many of the fun elements people enjoy today, but they also give an incredible insight into the horticultural practices of the past.

This is beautifully illustrated by the collections in the RHS Lindley Library, which include detailed drawings from as early as the 16th century, of the seasonal fruit and vegetables we still associate with Halloween celebrations today.”

Reproductions of the collections will be on show as part of the A Halloween Harvest Tale display. Here, we delve into the horticultural history of 5 Halloween rituals, some of which continue to play a major role in Halloween festivities today.

1. Modern day Halloween celebrations are thought to have their origins in Samhain, an ancient Celtic festival that took place at ‘summer’s end’ and celebrated the last harvest of the year. Halloween has therefore always been connected to the growing year, and consequently many of the associated rituals involve seasonal fruit and vegetables.

2. Apples feature in many Halloween ceremonies, largely due to the apple harvest falling at the same time as Halloween celebrations (though when cut through the middle apples were said to reveal the witch’s five-pointed star, and as a result it has also long been held as a symbol of magic). Bobbing for apples remains a much-loved Halloween tradition, and in cider-producing regions wassailing, where people sing and hang toast on the apple trees to “bless” them, continues to be a popular winter pastime.

3. Creating lanterns to scare off ghouls remains one of the most popular Halloween traditions, and is thought to have originated in England, Ireland and Scotland. However, pumpkins and other winter squash only arrived in Europe in the 1500s, so before that faces were carved into turnips and other hard-skinned autumn vegetables such as turnips, swede or beetroot.

4. Kale may now be a fashionable health food, but in the past kale stalks were used to predict future romances, as described by Robert Burns in his poem “Halloween”, published in 1785. The length and shape of the stalk was said to represent your future partner’s height and figure, while the amount of soil around the roots represented wealth.

5. In Scotland and Northern England, Halloween was historically known as Nut-Crack Night, as couples would throw recently-harvested hazelnuts or chestnuts into the fire to predict their romantic future. If the nut burned quietly they would have a happy union, however, if it hissed and crackled a more unsettled future was in store.