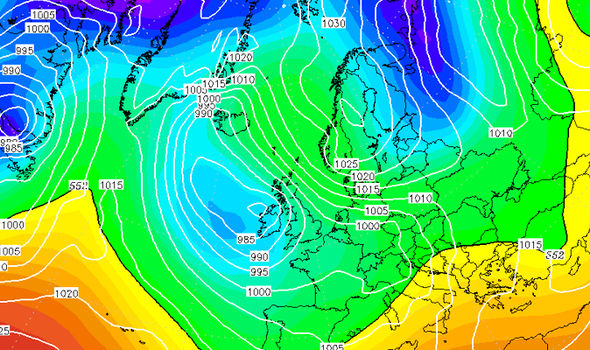 Periods of extreme cold winter weather and perilous snowfall, similar to those that gripped the UK in a deep freeze with the arrival of the ‘Beast from the East’, could be linked to the solar cycle, pioneering new research has shown.

A new study, led by Dr Indrani Roy from the University of Exeter, has revealed when the solar cycle is in its ‘weaker’ phase, there are warm spells across the Arctic in winter, as well as heavy snowfall across the Eurasian sector.

Dr Roy, form Exeter’s Mathematics department said: “In spite of all other influences and complexities, it is still possible to segregate a strong influence from the sun. There are reductions of sea-ice in the Arctic and a growth in the Eurasian sector is observed in recent winters. This study shows those trends are related and current weaker solar cycle is contributing to that.”

The new study observed that during periods when the winter solar Sunspot Number (SSN) falls below average, the Arctic warming extends from the lower troposphere to high up in the upper stratosphere. On the other hand there is a cooling when SSN is above average.

It explored how the 11-year solar cycle – a periodic change in the sun’s activity including changes in the levels of solar UV radiation and changes in the SSNs – can be linked with the Polar vortex and Arctic Oscillation phenomenon, which affects winter Arctic and Eurasian climate.

It subsequently can influence weather conditions in Europe, including the UK, Scandinavia and Asia.