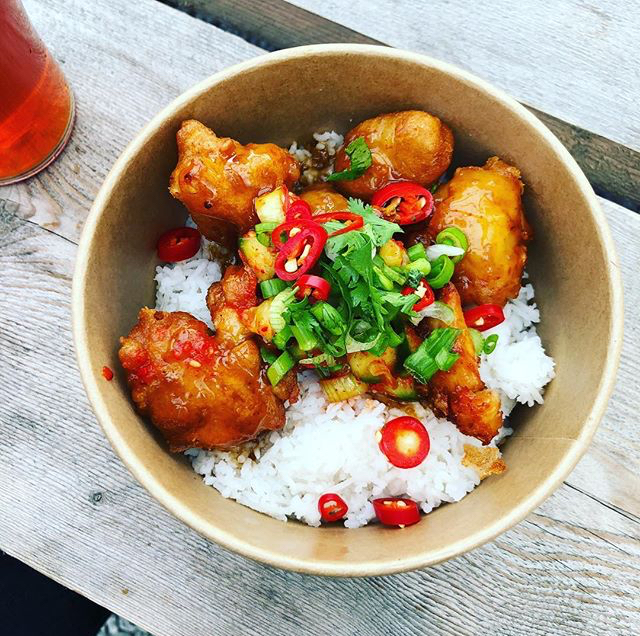 The East Asian Food Fair will be overflowing with amazing East Asian street food such as bao, dumplings, kimchi, sushi, banh mi and Japanese patisserie amongst plenty more! All in the familiar, industrial railway arches of Fairfield Social Club.

The first ever East Asian food fair will play host to some of the best street food traders around including Wallace & Sons, Sutikku, Oh Mei Dumpling, Chou Choux Patisserie, Hanoi 75, Geordie Seoul and Woks Cluckin. All of the traders have been tasked with coming up with special one off dishes too, you might even see some unique crossovers between the traders, this will definitely not be an event to be missed by food fans.

The fun doesn’t stop there, the event will also be pouring a tap takeover from award winning UK brewery Wild Beers (BBC Food Awards Best Drinks Producer) who will be bringing some of their East Asian inspired beers such as Yadokai (a Sake-inspired beer brewed with Scottish and Japanese ingredients) and Tom Yum Gose (inspired by a Tom Yum soup but with a salty kick). Vegans & vegetarians will be well looked after as always with all traders providing great options and Sunday being 100% vegan food.

This won’t be the only special GRUB food fair this year as director Jules Bailey confirms “We’re so happy with GRUB Food Fair and plant powered Sundays but with these extra special events we can do something really unique. We can’t wait to release details of our June themed event and we’d recommend you getting down early to East Asian Food Fair as it will probably be a popular one!”

Grub’s East Asia Food Fair opens the weekend of the 29th March and is open Friday & Saturday 12 noon to 10pm and Sunday 12 noon-6pm. The event is free entry and welcome all comers including families and dogs. Full details of the East Asian Food Fair event can be found on the Facebook event page here. Fairfield Social Club can be found at Archway 6, Temperance St, M12 6HR.