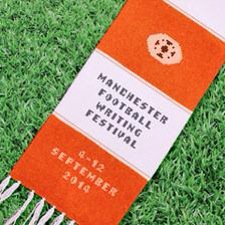 The festival celebrates football in the written word, and will be bringing some of the sports best writers to the city.

The festival kicks off with a live version of the Guardian’s Football Weekly podcast presented by James Richardson at the Royal Northern College of Music.

The festival will also feature talks on the football memoir, the novel and football analytics to name just a few.

The festival will climax with the first visit to the city of the influential football periodical The Blizzard, who will host a discussion with a panel of their writers.

To buy tickets for each event head to manchesterfootballwritingfestival.eventbrite.co.uk/

2 metre rule means that only a third of pubs will be able to...