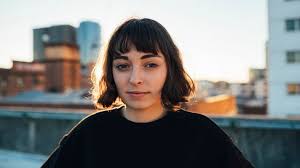 Stella Donnelly will be embarking on her debut UK tour in May,- including a show at The Castle Hotel on May 7th.

The young Wales born, Australian raised musician was introduced to British audiences at the tail end of last year with the evocative and hard-hitting, “Boys Will Be Boys”.

It was the beguiling voice of a whip-smart new artist plaintively confronting the man who had raped her friend and tackling the resulting victim-blaming that ensued. Stella’s words were wrapped within a lullaby to quite devastating effect.

Off the back of that, Stella recently signed to Secretly Canadian and was highly talked about following her stellar SXSW performances last month. Her debut EP, ‘Thrush Metal’ will be released via. Secretly on limited edition vinyl later this Spring. Stella will be over for her debut UK tour in May, alongside performances at this years Great Escape, Greenman and End of The Road Festivals.

Donnelly’s brutally honest and witty observations of people and relationships are transformed into blissful poems and lyrical punch lines. Her relatable way of writing is her lens to the world in which we live, a glimpse into what it’s like to be a millennial woman in the age of Trump, Tinder and third wave feminism.

Manchester date at the Palace for Bryan Ferry