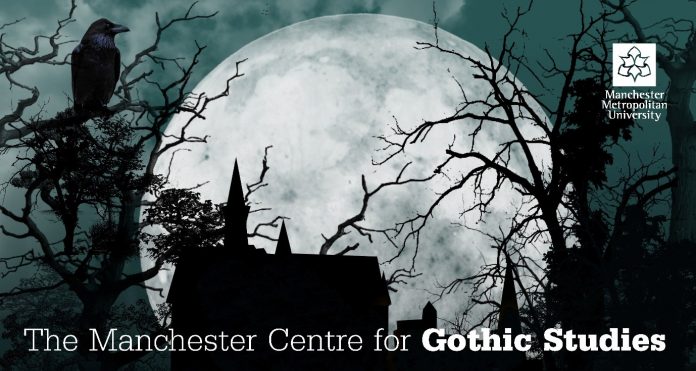 Gothic style and fashion will be celebrated at the fifth annual Gothic Manchester festival (25-29th October).

In recent years the Gothic has moved from the margins to the fast beating heart of popular culture. Novels, films, TV shows and graphic novels now teem with the Gothic’s monsters and madmen.

And as Victorian Gothic architecture looms large over cities such as Manchester, Goth fashion and music reference the mode whist enlivening our streets, bars, clubs and homes with new Gothic styles of their own.

The Gothic Manchester Festival, first held in 2013, is the strange offspring of the Manchester Centre for Gothic Studies at Manchester Metropolitan University. The Centre’s mission is to promote the study of the Gothic nationally and internationally, and bring the dark delights of Gothic culture to a wider audience.

This year’s Festival will be full of Gothic intrigue. Events include body-beautiful horror in a film screening of The Neon Demon, discussions on the cultural function of contemporary Gothic style, a new exhibition from the Manchester Gothic Art Group, and a guided tour of Manchester’s gothic architecture that reveals the history of death and despair that writhes just below the city’s glossy surface.

It will culminate in a unique outdoor fashion show in Manchester city centre devoted to extraordinary goths and steampunks, in association with the Sophie Lancaster Foundation.

In addition to the celebration of Gothic street style will be creations by Manchester Fashion Institute students and alumni, showcasing the influence of goth sensibilities on contemporary haute couture.

The show is part of Manchester BID’s spooky ten-day ‘Halloween in the City’ programme of events.

Dr Linnie Blake, Reader at Manchester Metropolitan University and organiser of the Festival said: “The fifth Gothic Manchester Festival promises to be the darkest yet. Our theme is Gothic Style(s) so we’ll be exploring how the Gothic looks – in art, architecture, photography and fashion and how Gothic texts – novels, TV, film and graphic novels create their own, often terrifying, worlds.

“It’s a bigger and badder Festival than ever before, bringing Goths and Gothicists from across Europe to the city. It’s a festival for everyone interested in the Gothic and a great way to build up to Halloween.”

Many of the events are free, apart from the tour and a one-day conference with papers delivered by students, academics, experts and enthusiasts, which costs just £10.

A full list of events at Gothic Manchester Festival can be found here.

Does writing well matter in an age of instant communication?