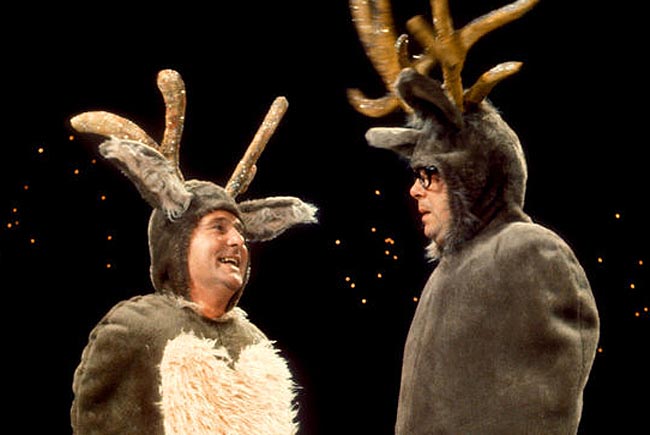 Generational gaps are making watching TV and playing games together at Christmas near impossible, new research has shown.

Despite Christmas TV and family games remaining among the top festive activities for families, most youngsters can’t tell Jim Royle from Basil Fawlty and many over 50’s have never even heard of Game of Thrones or The Walking Dead.

That makes getting together around the television or playing games such as charades increasingly difficult.

According to a survey by TalkTalk TV over half of Brits have struggled to play along with classics like Charades and Trivial pursuit because they were unfamiliar with the TV or film references.

The majority of over 50s admitted they had never heard of the much-hyped TV shows Game of Thrones or The Walking Dead, with one in five believing Tyrion Lannister was a character from kids TV show PAW Patrol.

And the vast majority of 18-24 year olds would be none the wiser if The Royle Family came up while playing with loved ones.

Nearly half of that age-group also believed legendary fictional character, Polly Sherman, was the star of Murder She Wrote and not the maid from BBC sitcom, Fawlty Towers.

Will Ennett, Acting MD of TalkTalk TV, said: “Christmas is a time to get together with friends and family and there’s no better way to do this than with a good game.

“But with so much great new film and TV on our screens, it’s easy to see why so many of us might struggle to keep up when playing our favourite games this festive season.

“If you want to get up to speed, TalkTalk TV has top TV shows and films this Christmas.

“With a full range of TV all in one place, and better still without a lengthy contract, the whole family can enjoy great entertainment over the festive season.”

Classic games remain ever popular with more than one in three of us limbering up for a game of Charades this year.

But with digital versions of our favourite games on the up, and an explosion of new TV and film references over recent years, many of us are getting left behind.

What is an All-In-One Computer?