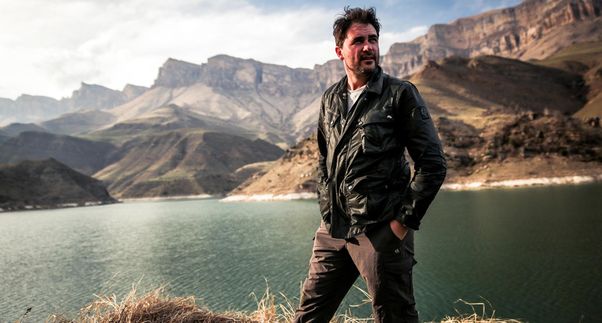 Channel 4 today announces its fourth major series with explorer Levison Wood, following his previous treks along the Nile, Himalayas and most recently, from Mexico to Colombia.

Beginning in Southern Russia, Levison will track the mighty Caucasus Mountains toward Azerbaijan, Georgia, Armenia and into Iran: a highly secretive nation that’s been virtually closed off to westerners for decades. Known as the ‘lands in between’, Levison will travel through these badlands that sit at the crossroads of Europe and Asia, and form a large part of the historic and mysterious Silk Route.

Crossing snow-capped mountains, canyons and volcanic deserts, Levison will see some of the most spectacular but little-known landscapes on the planet. Trailed by secret police, and passing through forgotten war zones, he will meet an array of extraordinary characters, from gold-toothed wolf hunters and reclusive monks to mothers of ISIS fighters and an Iranian biker gang.

Making his way by any means necessary, Levison will travel with the locals and live as they do – as he tries to reach his journey’s end on the shores of the Caspian Sea in Iran. He will also team up with local guides and venture with them into little known regions where East truly meets West.

Levison Wood’s previous documentary series, Walking the Nile, Walking the Himalayas and Walking the Americas have been huge hits with both critics and viewers.