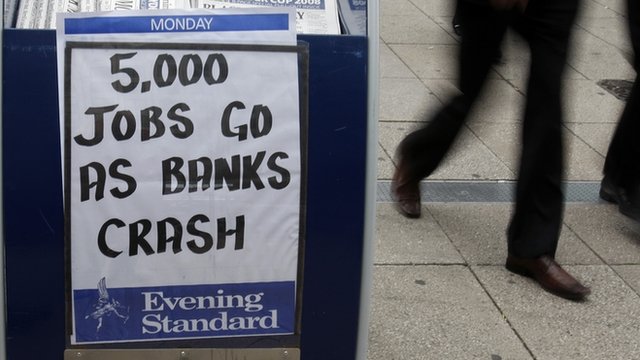 Ten years on from the start of the Credit Crunch, University of Salford Business experts look at the impact at the time and ask if we have recovered and are we headed toward a new financial crisis.

August 9 2007 is seen by many as the start of the ‘Credit Crunch’, when banks stopped lending to each other and Governments had to inject funds into financial systems. It led to queues outside Northern Rock branches and the collapse of Lehman Brothers Bank, as well as record falls in house prices.

“Ten years on from the start of the credit crunch and we are still feeling its effects. A glance at current economic indicator for the UK paints a complex and potentially worrying picture. Government debt to GDP is currently at a record high of 89.3%, GDP growth hovers around the 0.5% mark and wage growth continues to lag behind the inflation rate. On the positive side, unemployment is now at its lowest rate in a decade, debt per household has slightly decreased (but is climbing again at a concerning rate) and GDP per head regained pre-credit crunch levels about two years ago.

“This combination of numbers means that post-credit crunch Britain looks quite different to 2007. Shopping at budget high street supermarkets such as Aldi and Lidl is no longer looked down upon. Excessive consumption has been replaced with low key shopping routines that feature less alcohol and addeded ‘extras’ such as bubble bath. Holidaying in the UK has also once again become acceptable. It remains harder to get a mortgage than in 2007 despite very low rates, property sales are slow and long-term renting is becoming a more common option especially among younger generations. Alarmingly, and despite the credit crunch, the ready availability of expensive credit such as store cards and logbook or payday loans are among the things that still continue to be offered ten years on.”

“Recent figures revealed by the Bank of England are a stark reminder that residues of the credit crunch are still bubbling in the British economy ten years later. The critical issues of economic policy, political uncertainty and over reliance on credit instead of trade are hampering the recovery, as consumer spending continues to rely heavily on debt. The personal loans in the UK are nearly touching the £193 billion and complacency abounds among financial services to attract more consumer spending. Uncertain immigration policies are beginning to reflect skills shortages. The inward investment by skilled migrants has reduced as they are feeling uncertain about their status in the country and are withholding major expenditures in house, car, education.

“Real investment in health, trade and higher education by Government and relevant bodies has slipped over the last few years. The increase in the university fees, student loans not being interest free, and a lack of clear and precise policy direction on Brexit issues are fuelling an over reliance on debt based modes of financing. Real income levels are hampered by rising prices of household items, and lack of support on debt relief by Government in much of the UK.

“The question is, what needs doing. There is a major need to rethink and improve trading activities within the UK and abroad to consider strategic trade partnerships for British products and human resources. The automobile, pharmaceutical, and food products industries need to actively engage in competitive international trading of British manufacturing products. The time is now! The removal of interest on student loans and more emphasis on job creation among key industries and SMEs in tax friendly industrial zones can help the economy recover in the next few years but will policy makers think beyond taxation and focus on real income generation?”