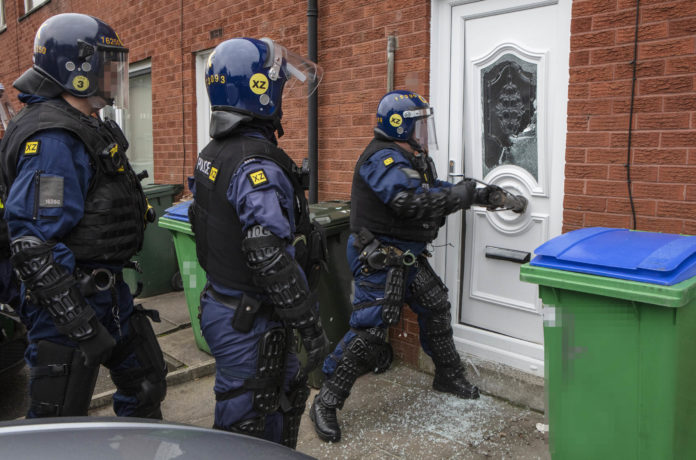 Eleven addresses across Rochdale were raided as part of Operation Gallant- which was set up to tackle drugs supply and the exploitation of children and adults.

The investigation is being led by Rochdale’s Organised Crime Team, supported by the Sunrise Team and Programme Challenger which is Greater Manchester’s partnership approach to tackling serious and organised crime and exploitation.

Police recovered a quantity of cash and several pieces of jewellery during the searches. A suspected stolen Ford Focus was also seized.

Superintendent John-Paul Ruffle of GMP’s Rochdale District said: “Today’s positive action comes as a result of the hard work and dedication of our officers and partner agencies and has enabled us to disrupt a large criminal enterprise.

“We now have 14 people in custody, but Operation Gallant- which was set up to protect vulnerable victims and target the supply of drugs on the streets of Rochdale- is very much ongoing.

“As ever, community intelligence is an absolutely vital part in our fight against organised crime and we will continue to take positive action to protect people and reduce crime.

“If you have any information about criminality or the supply of drugs in your community then please get in touch with police as soon as you can.”