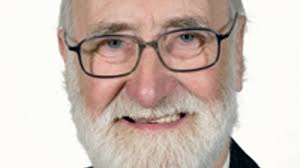 Derek’s interest in local politics began in 1982, and in 1987, he was elected to Saddleworth Parish Council for Springhead Higher Ward.

Derek served as Parish Council Chairman in 1992-93, and again in 1999-2000 during the Millennium year celebrations. In May 1995, Derek was elected to Oldham Council to represent Saddleworth West Ward, which became Saddleworth North in 2004 and served the ward until 2019.

Derek chaired the Oldham Learning Disability partnership Board for seven years following its inception and served as Oldham’s representative on GM Pension Fund Board and GM Health Overview & Scrutiny. As a member of the Pennine Care Joint O&S, he chaired the committee for a number of years. He also served on the Pennine Acute Joint O&S.

Derek served on the Greater Manchester Fire and Rescue Authority led the Value for Money Challenge and was the Chairman of Audit Committee in 2011-12 overseeing major spending on new appliances. He subsequently became the Vice-Chairman of Audit.

Derek was a member of the Mayor’s Appeal Fund Committee for many years.

Derek became the Mayor of Oldham in 2016-17 and he took his role as Oldham Council’s, Champion for Peace into local schools, raised money for his Mayoral Charities, Francis House Children’s Hospice, Macmillan’s Cancer Support and other charities and he attended numerous events and engagements to promote the First Citizen of Oldham.

Councillor Howard Sykes said: “Derek will be very sadly missed by friends and colleagues not only in the Liberal Democrat Group but across both the councils he served upon – Saddleworth and Oldham.  He was my personal friend and a very loyal colleague.  I first met Derek in the 1980s and was very pleased to help him first get elected many moons ago in 1987.  He was an elder statesman for us – man of few words but always spoke common sense and was listen too.  Our sympathies are with his family and wife Di” – Councillor Howard Sykes MBE, Leader of the Opposition and Liberal Democrat Group Oldham Council.