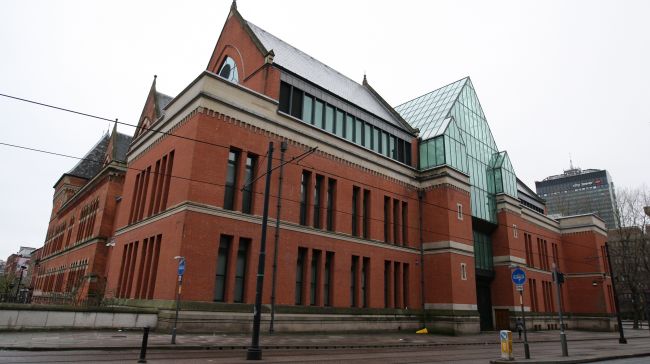 A man who repeatedly raped two girls over 50 years ago in Trafford has been jailed for 20 years.

Ian Crawford aged 76, of Deeds Gorve, High Wycombe, was sentenced today  at Manchester Minshull Street Crown Court to 20 years, after being found guilty of nine separate counts of rape of a child.

The court heard how Crawford had subjected both girls to years of sexual abuse with his offending spanning between 1958 to 1961 with his first victim, and 1967 to 1973 with his second.

Crawford first raped his first victim when she was just nine-years-old and he was 13, after he had been sexually abusing her in the preceding two years, the court was told.

The victim described to the jury how the offending went on for three years despite her regularly being extremely upset and visibly distressed by Crawford’s assaults.

It was when Crawford left Greater Manchester to join the RAF that the girl, aged 12 by this time, stopped being regularly raped by him.

When Crawford moved back to the Trafford area in 1967, he began sexually assaulting his second victim – then aged 10.

Crawford went on to rape her repeatedly over the next six years before he left the area and never had any contact with her again.

Police became aware of Ian Crawford’s series of offending in 2018 after the first victim heard a radio advertisement for a support programme for victims of sexual abuse – named the ‘Truth Project’.

After the victim – at this time aged 69 – disclosed the horrendous ordeals to the Project, the group made contact with GMP and an investigation was launched.

Crawford was first interviewed in July 2018 and denied all allegations made.

Later that summer, the first victim made contact with the second, who spoke of the traumatic experiences she had been subjected to by Crawford.

After the second victim – aged 61 – had given her account to detectives, officers arrested Crawford again; this time around he gave a no comment interview.

He was charged in 2019 and, following a delay due to COVID-19 and despite continuing to deny all offences, Crawford was found guilty on Monday 30 November 2020 of nine counts of rape of a child under 13.

Detective Constable Kayleigh Wiggins, of GMP’s Public Protection and Serious Crime Division, said: “Firstly, I would like to pay tribute to the tremendous bravery and determination of both women who have waited for the day Ian Crawford is put behind bars for half a century.

“What they have had to live with during all this time is utterly incomprehensible, but they were magnificent throughout this investigation in giving evidence and persevering throughout to ensure that this monster’s truly vulgar atrocities were recognised by the court and justice served.

“I have never quite seen such a disturbing and outrageous case of this nature and Crawford was a free man for far too long before this verdict; it is high time that he is recognised as the sexual predator that he is, regardless of how long ago it occurred.

“These women were subjected to the most traumatic, abhorrent and humiliating experiences as little girls and it has impacted them for life. I urge anyone who is particularly affected by this case to take strength from these two women’s courage and contact police in the strictest confidence.”