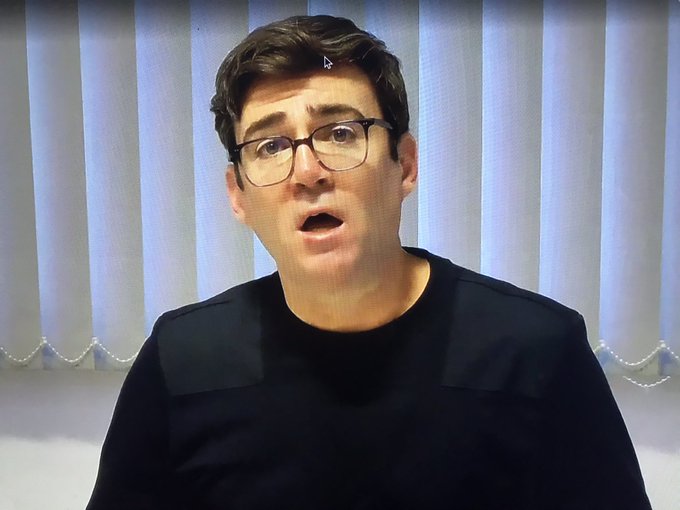 The Mayor of Greater Manchester Andy Burnham has emphisised that there is no inevitability about the region being placed into Tier 4.

At the weekly press conference the Mayor said that there was no evidence to date that the new strain of the Covid virus had yet reached the region, with the North west as a whole seeing one of the lowest increases at just one per cent of infections in the country.

However he added that there was little doubt that it will arrive but the region can be ahead of the game and be prepared.

Greater Manchester is in a different position today to much of the rest of the country, for much of the year it was in a worse position but today it is in a much better position.

The Mayor confirmed that vaccinations across the region’s care homes are expected to commence in the next few weeks-and also confirms that testing centres will be open across Xmas including Xmas Day.

The Mayor also said that the region’s leaders were frustrated over the top down nature of the roll out of the vaccine with examples of the viral turning up at places where the infrastructure was not in place.

He hoped that especially when the UK vaccine gets approval, there will be a more localised approach to vaccination policy

Deputy Mayor Beverley Hughes confirmed that police will not be knocking on people’s doors to check on how people are around the Christmas table but would be clamping down on evidence of any large gatherings and confirmed that there has been intelligence that there could be some organised music events.

Tesco removes 67m pieces of plastic as it scraps tinned multipacks from all its...