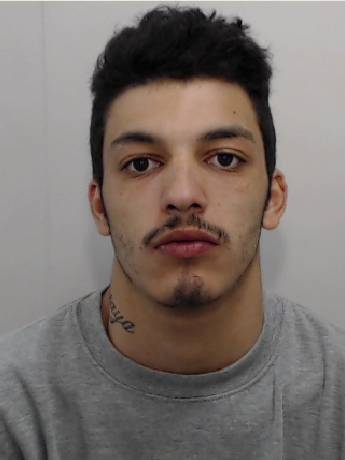 A Salford man has been jailed for life after fatally stabbing a man in the groin in Salford.

Anton Farrell aged 23  of Fenney Street East will serve a minimum of 21 years for the murder of 19 year old Karl Harrison after he pleaded guilty to all counts at a previous hearing.

The court heard that on afternoon of Monday 19 June thus Karl was outside his friend’s house on Bradley Avenue enjoying the summer weather.

A few hours later at around 8.15pm Anton Farrell was riding his bicycle on Bradley Avenue.He got off his bike and began attacking Karl before stabbing him twice.

Within a minute, Karl was seen lying on the ground with Farrell stood over him.Friends took him straight to hospital where Karl sadly died as a result of his injuries.

Farrell was arrested ten days later at an address on Devonshire Street.

Senior Investigation Officer Duncan Thorpe of GMP’s Murder Investigation Team, said: “This was a senseless attack by a man who arrived with a knife, intent on causing Karl harm.

“He showed no care for Karl when he fled the scene, leaving him seriously injured on the ground.

“Whatever the sentence it will not bring him back. Our thoughts are with Karl’s family and friends who are devastated by his death.

“Farrell will now spend the next 21 years behind bar thinking about his vicious actions.”