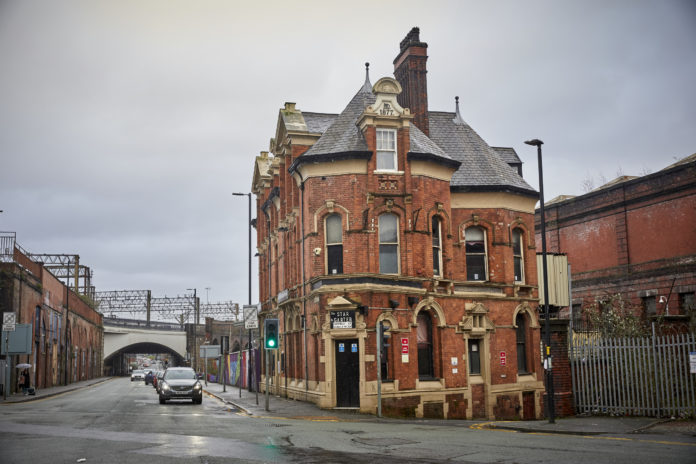 The long-term future of Manchester’s historic indie music venue the Star and Garter has been secured after the public-private partnership behind Mayfield, the city’s largest regeneration scheme, acquired the freehold of the landmark building and committed to ensure it remains a thriving part Manchester’s world famous music scene.

Alongside the purchase of the 216-year-old, Grade II-listed building, a new 10-year lease has been agreed with long-term landlord Andy Martin to continue to operate the Star and Garter as a music venue.

The Mayfield Development Partnership, which comprises regeneration specialist U+I, Manchester City Council, Transport for Greater Manchester and LCR, has also committed to help support the creative programme for the venue, as well as providing additional facilities when required for larger touring acts.

The deal bucks a worrying trend in cities and towns around the country, where music venues are being closed as a result of development and gentrification, leading to a loss of vital performance space for up and coming local bands.

In January 2018, industry body UK Music estimated that 35% of venues across the country had closed in the preceding decade, while the following month the UK’s first ever music venue census found that a third of Britain’s small venues were struggling, with respondents saying property development and increased business rates were to blame for the squeeze. This year research by Insure4Music found that over the past two years one small music venue is closing every month in the UK.

Under this agreement, the venue on Fairfield Street opposite Manchester Piccadilly Station will benefit from continued investment in refurbishment. It will also receive close support from the Mayfield team, which is committed to placing culture at the heart of the area’s regeneration, most recently establishing the neighbouring Depot Mayfield as the home of The Warehouse Project.

A joint venture between the Mayfield Partnership and Broadwick Live – one of the UK’s leading entertainment venue operators – Depot Mayfield launched this summer and is already making a major impression, with 20,000 people a week attending gigs and cultural events at the site. To date Depot Mayfield has hosted artists including Aphex Twin, Chase & Status and Four Tet, and the wider site played home to Ariana Grande on her return to Manchester during the city’s 2019 Pride Live Festival.

Andy Martin has run the adjacent Star and Garter as a music venue for more than 20 years, and it has become beloved as a launch pad for independent bands and for its famous monthly ‘Morrissey Smiths Disco’ night, credited with inspiring similar Smiths discos at venues around the world.

Among the many hundreds of bands that have played at the Star and Garter are: The Courteeners, Dougie Poynter, Half Man Half Biscuit, Frank Carter and the Rattlesnakes, UK Subs Subhumans, Bring Me The Horizon, Al Perkins, Corrosion of Conformity, Chuck Mosley and Arnocorps.

Although many other businesses deserted the area after the closure of Mayfield Station 30 years ago, the Star and Garter has continued to thrive, welcoming hundreds of live music fans and devotees of two of Manchester’s longest-standing club nights, ‘Smile’ and the Smiths disco.

More recently, the future of the building has been under question as a result of the proposed expansion of Piccadilly Station. The acquisition by the Mayfield Partnership, which is leading the £1.4bn regeneration project of the 30-acre Mayfield district, has now secured its future as a much-loved music venue.

The venue was acquired by the Mayfield Partnership from its owner of 28 years, Charlie Darlington.

Richard Upton, Chief Development Officer at U+I, the regeneration specialist leading the Mayfield Partnership, said: “Safeguarding this incredibly important piece of Manchester’s culture has been a long journey and we are so pleased to be able to offer certainty over its future for the many people who hold it dear. There have been many rumours about the future of the Star and Garter, but U+I has been committed from day one to ensure that the venue is not only saved, but is able to thrive.

“Culture, community and heritage are incredibly important to U+I and are central to our thoughtful and creative approach to regeneration. As neighbours for the past three years we have sought to be a supportive friend to the Star and Garter. As its owner, we can give this wonderful place the investment it deserves and we look forward to working with Andy to ensure its future remains at the heart of Manchester’s live music scene.

“The impact and importance of small independent venues to our cities can’t be over-estimated, which is why we felt we had to buy the building, which alongside Depot Mayfield, will keep Mayfield in the hearts and minds of Mancunians and provide a magnet for new visitors.”

Andy Martin added: “After almost 30 years of repeated false promises about the potential redevelopment of Mayfield, I’m relieved and more than satisfied that the Star and Garter, the venue described as the ‘Municipal Fortress of Vengeance’, or ‘The Temple of Doom’ and name checked in two Courteeners songs, is in safe hands and not destined to suffer the same fate as at least three other music venues in Manchester.

“The plans for Mayfield are incredible and long overdue. It’s the most exciting time for this part of the city that I can remember since the Commonwealth Games. Mayfield, London Road Fire Station and the plans by Manchester University to develop its campus means that over the next 10 years the Piccadilly/ Mayfield area will become the most improved and talked about place in Manchester city centre.”

Cyclist killed after being hit by car in Horwich