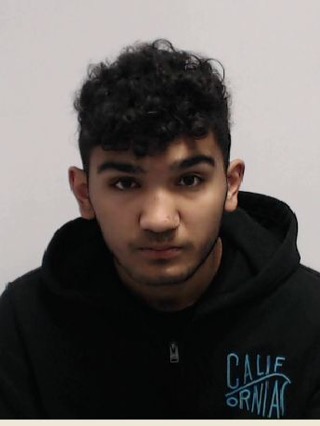 Five teenagers who lured a 16-year-old boy to a house in Oldham and tortured him have been jailed.

The court heard that Shortly after 3.30pm on Monday 5 October 2015, Sufyan Yaqub lured the victim to a house in the Werenth area of Oldham while the others lay in wait.

Once at the house he was tied up with tape around his mouth, hands and feet and was continuously punched and kicked. Scissors were used to cut his hair and he was then stripped of his clothing before a knife was used to cut his back.
Following this a hot iron was used to burn him on his buttocks, on his back and stomach before the offenders poured salt and lemon juice onto burns.

Eventually after several hours the victim was allowed to leave the house having suffered terrible injuries.

All three pleaded guilty to blackmail, false imprisonment, wounding with intent and ABH.

A 17-year-old boy pleaded guilty to a section 47 assault and was sentenced to a 12 month supervision programme with night-time curfew.

Ahsan Khan (04/09/00) of Cornwall Street, Oldham initially pleaded not guilty but after a two week trial was found guilty of blackmail, false imprisonment, wounding with intent, ABH, theft and causing a person to engage in sexual activity without consent. He was sentenced to five years in prison.
Detective Inspector Paul Walker said: “This was a sickening and prolonged attack on a young boy which left him so shaken and terrified that he didn’t even want to tell his parents what had happened.

“The emotional scars from this shocking attack will haunt him for the rest of his life and I could not even begin to imagine the agony and suffering that he endured.

“Thankfully, his attackers have now been sentenced but this can never fully repair the damage that this barbaric incident has done.

“I want to pay tribute to the victim and his family for having the bravery to come forward and give evidence that has helped us catch and convict the people that have inflicted this upon him.”