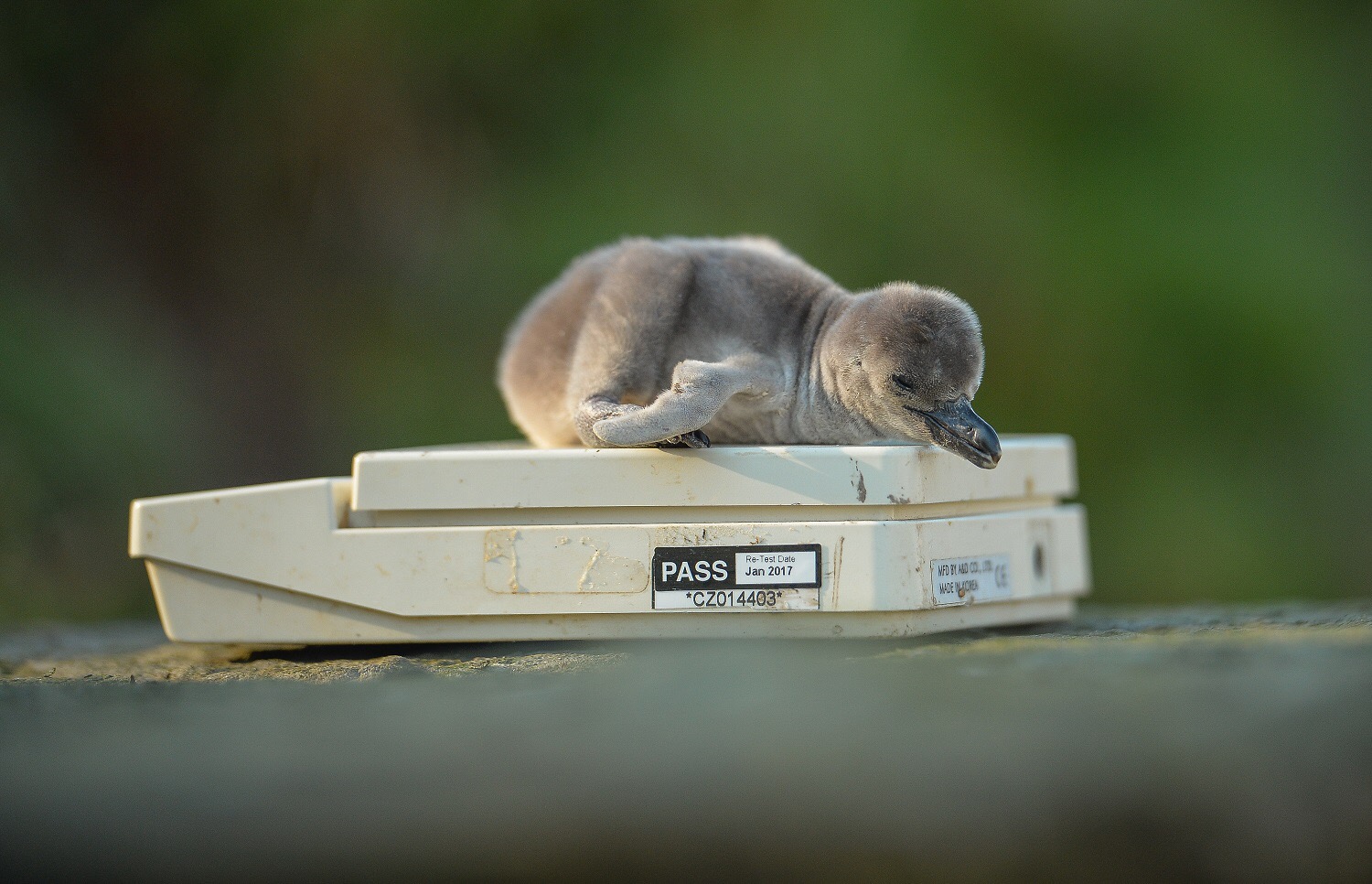 Four fuzzy penguin chicks named Wotsit, Quaver, Frazzle and Cheeto have become the first of their kind to hatch at Chester Zoo this year.
Wotsit broke out of its egg on Easter Sunday, quickly followed by Quaver (Sunday) and Frazzle (Monday), with Cheeto arriving just this morning weighing a mere 75g. The tiny youngsters – threatened Humboldt penguins from South America – have been named after their keepers’ favourite crisps.

Staff at the zoo use a different naming theme each year to help them to keep track of the new chicks, with popular potato snacks getting the nod this time around. Previous topics have included British Olympic athletes, chocolate bars and even the keepers’ favourite curries.

Both penguin parents are involved in the rearing of the chicks and it will now be around eight weeks until the juveniles leave the nest. Until then, keepers will be carefully carrying out daily checks on their weight gain and development.

“With more mouths to feed, more food is required and so we’re providing the parents extra fish so that they can keep the little ones well fed. It’s quite a messy business as the adults churn the fish into a high-protein soup which they then regurgitate up for their chicks.

“It’s vital that chicks take on-board enough nourishment each and every day in these early stages and so, in order to keep a close eye on their development, we weigh them on our tiny set of scales. So far, our new arrivals are doing very, very well and so they won’t stay so small for long. In the next few weeks we expect them to more than triple in size and weight!”

Humboldt penguins live on the coastal areas of Peru and Chile, and are listed as vulnerable to extinction on the International Union for the Conservation of Nature’s (IUCN) Red List of Threatened Species.

Chester Zoo funds conservation initiatives in South America, where the species is threatened by climate change, rising acidity levels in the ocean and over-fishing – all of which is forcing them to search further from their nests for fish.

“Humboldt penguins are becoming increasingly rare. Of the world’s 17 penguin species, they are now among the most at risk, so it’s very important to us that our tiny arrivals create more awareness for these amazing birds. We’ve been very successful with this colony over the years and will yet again be making another vital contribution to the European breeding programme for the vulnerable species.”

The pitter patter of tiny trotters