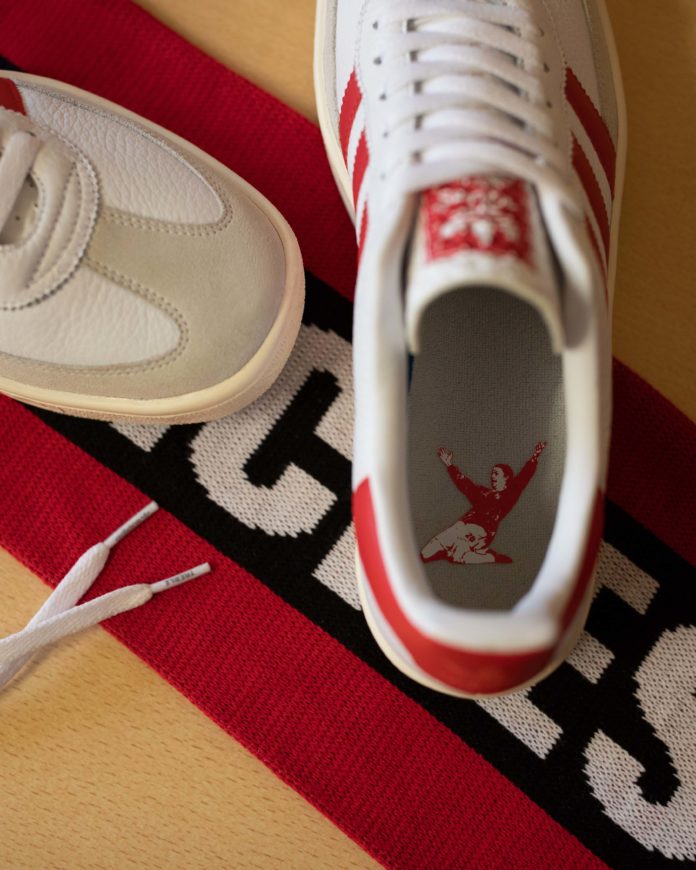 The two-time Champions League winner joined the size? retail team selling pairs of the football-themed trainer, signing boxes and sharing anecdotes of his time with Man United. Posing for photo opportunities with customers, one supporter spoke to size? stating he had “queued since 09:00 yesterday (Thursday)” to secure a pair of the limited release.

Fans flocked to footwear retailer size? who are stocking up to 500 pairs of the limited sneaker exclusively at the Manchester Market Street store.

Since relocating to Manchester’s key area for high-street shopping in 2015, size? has homed hundreds of sought-after sneakers and exclusive trainer releases.

Find out further information regarding the release here.

Disney on Ice brings Frozen to the Manchester Arena this October