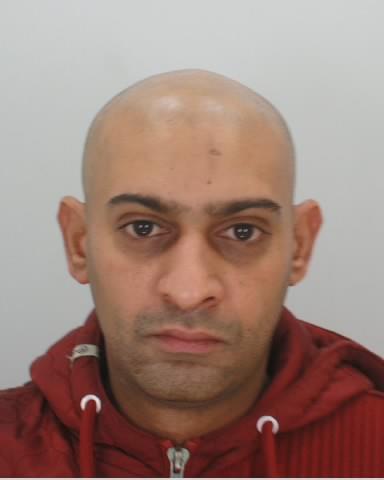 A drink-driver who killed a woman before lying to police about being behind the wheel has been jailed.

A further sentence of 42 months was imposed for causing serious injury by dangerous driving to be served concurrently.

Anderson was also disqualified from driving.

The court heard how back on a Saturday evening in February Anderson was driving his dark blue VW Golf along Hyde Road towards Hyde.

He then overtook a black cab and went onto the wrong side of the road before colliding with a grey Nissan Micra with husband and wife John and Pamela Richards inside.

Pamela, 75, tragically died at the scene and her husband was taken to hospital in a life-threatening condition. John suffered life-changing injuries and his family continue to support him.

Anderson’s blood showed he was more than twice over the legal alcohol limit and despite remaining at the scene following the collision he tried to convince police he wasn’t the driver.

In interview he stated that a man had punched him and threatened him before getting into his car and driving it. He claimed when the collision occurred the alleged driver fled.

But officers carried out forensic and CCTV work which proved that Anderson had made the story up, while comments he made to officers at the scene also supported this.

Senior Investigating Officer Sergeant Lee Westhead, from GMP’s Serious Collision Investigation Unit, said: “This is an incredibly sad case and my thoughts remain with the family who are supporting John though his recovery whilst grieving for Pamela.

“This was an utterly avoidable collision, caused by a dangerous driver. I would like to thank the family for their continued dignity and patience and I hope today brings them some closure.

“Anderson drove his vehicle dangerously whilst over the prescribed limit for alcohol. The risks of drink driving are well known, yet in 2018 I am still investigating the devastation caused by the likes of Anderson.

“He is a selfish and arrogant individual who, when faced with the reality of what he had done, sought to place the blame on a fictitious street robber who had driven Anderson’s car whilst Anderson was at knifepoint in the passenger seat.

“His lies were soon unravelled by the investigation team but this only heightened the suffering of Pamela and John’s family.

“Those who continue to drink and drive on our roads should take heed of this case. The Serious Collison Investigation Unit will be relentless in our pursuit of drink drivers who cause tragedy on our roads.”