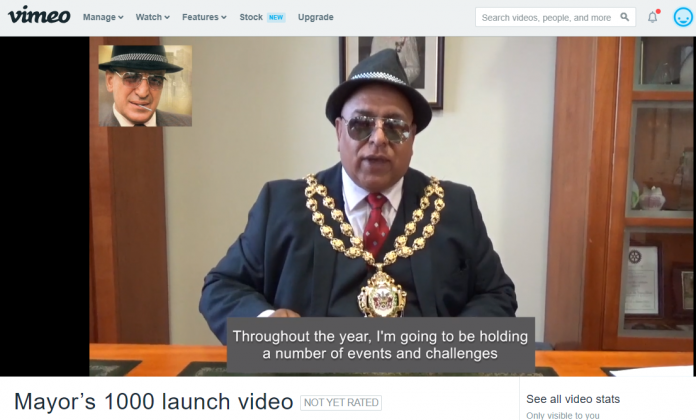 Three of the biggest, boldest characters in TV and film history are starring in a new video designed to launch the Mayor of Oldham’s annual charity campaign.

As if by magic, Mayor of Oldham, Cllr Javid Iqbal, transforms into three legends – Mr T, Kojak and Dwayne “The Rock” Johnson.

It’s all in good fun to promote his annual campaign, the Mayor’s 1000 which aims to encourage 1000 people or businesses to donate £100 each to raise money for five local charities.

The Mayor’s transformation into three of his favourite big and bold characters came with a little help from family members who took care of his makeup, costumes and wig.

And it’s set to be the first of many light-hearted initiatives across what is bound to be a very lively Mayoral year.

Cllr Iqbal explained: “I wanted to have a bit of fun with my Mayoral year and be big and bold.

“I’m actually quite a sensible person – I work in IT and I’m a local councillor – but I want to make a real effort and a real difference to my charities by raising a big sum of money.

“The best way to do so, I felt, was to have a laugh and lots of fun throughout the year and put on a series of good events.

“So look out for more crazy costumes and a lot of good fun events throughout the year.”

‘Growing concerns’ over use of Tasers as police watchdog calls for more scrutiny following...