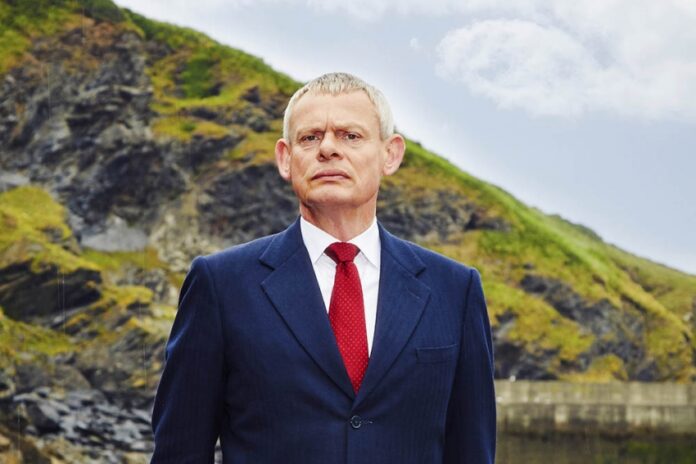 The production team behind the hugely successful ITV drama Doc Martin have confirmed the next series, which begins filming in 2021, will be the final instalment in the life of the grumpy Cornish GP.

In spite of his cantankerous bed side manner, Doc Martin has won legions of fans in the UK and around the world for his incisive diagnoses and medical excellence as he treats patients in the sleepy Cornish fishing village of Portwenn where he spent holidays as a child.  His on-off love affair and eventual marriage to Louisa, played by long standing co-star Caroline Catz, created rare tender moments between the two characters as Martin often found it difficult to reveal his true feelings for her.

Series 10 will begin filming in the spring of 2021 with the drama then airing on ITV later that year.

Explaining their decision Martin Clunes and producer Philippa Braithwaite on behalf of production company, Buffalo Pictures, would like fans to embrace the final series and view it as a celebration of the character who has struck a chord with millions of viewers.

“We have loved making nine series of Doc Martin.  When we launched the series in 2004 we could never have imagined how much our loyal viewers would take to the grumpy Doc like they have.  The series has avid fans both in the UK and throughout the world and we are thrilled that Doc Martin has topped the ratings every time.

However, after sixteen years we now feel that the time has come to say goodbye to Portwenn.  We will be making the tenth and final series in 2021 and we are very much looking forward to returning to Cornwall to film it.”

ITV’s Head of Drama Polly Hill paid tribute to Martin, Philippa and the hard-working production team and crew who produce the comedy drama.

“I just want to thank Martin and Philippa and everyone involved in Doc Martin, because it’s a brilliant, beautifully made series that has delighted audiences for many years. I am pleased that we are making series 10, and sad this will be the last, but respect their decision to bring it to a close.”

New signed Bob Dylan artwork to be unveiled in Manchester