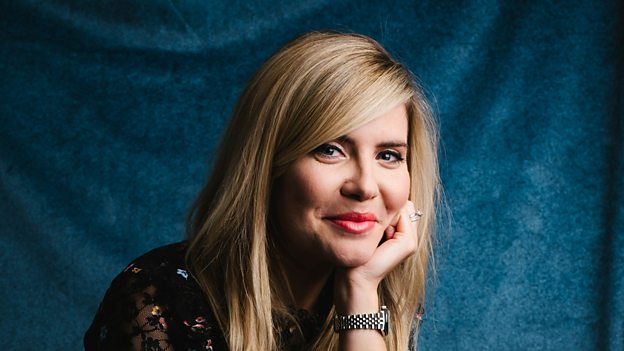 Emma Barnett will be the main host of BBC Radio 4’s Woman’s Hour from January 2021.

Emma is one of BBC Radio’s most respected and renowned broadcasters. She is currently the host of her eponymous award-winning BBC Radio 5 Live show and part of the presenting line up of Newsnight. She was named Best Speech Presenter at the 2020 Radio Academy Awards (ARIAs), Radio Broadcaster Of The Year 2018 by the Broadcasting Press Guild and Broadcaster of the Year 2017 by the Political Studies Association.

Known for her headline-making interviews and broadcasting firsts – including hosting the BBC’s first joint live radio and TV phone-in with a Prime Minister (Theresa May) – and Camilla, the Duchess of Cornwall’s first guest edit, live from Clarence House, Emma asks the questions listeners want to hear the answers to.

Emma presented Woman’s Hour alongside Jane Garvey and Jenni Murray during the 2017 and 2019 General Elections and interviewed Jeremy Corbyn and Jo Swinson during that time. She anchored the overnight BBC Radio 2019 election programme with James Naughtie that was simulcast across Radio 4 and 5 Live. She was the first chair of the Woman’s Hour Power List, which celebrated the 100 most powerful women in Britain, and has been a regular guest presenter of the programme since 2013.

Emma says: “I can’t wait to get to know the many listeners of Woman’s Hour a lot, lot better. What adventures we are going to have together – all starting in the year that this BBC institution, the radio mothership, turns 75. I have a long love of Woman’s Hour and live radio and know that this is a very special and rare opportunity.”

Controller of Radio 4 Mohit Bakaya says: “I am delighted that Emma is joining Woman’s Hour. She started her BBC broadcasting career on Radio 4 and has continued to be closely involved with the network in general, and Woman’s Hour in particular, ever since. She brings a terrific combination of intellectual inquiry, robust journalism and curiosity about the human condition; I can’t think of anyone better to carry on the important job of identifying and exploring the issues that matter most to women.”

Emma has made documentaries for BBC Radio 4 and the BBC World Service, in which she investigated a wide range of subjects, including the march of military women to the front line and whether we have a right to be forgotten in the digital age.

On television Emma has presented Question Time – Under 30s Election 2019; The Andrew Marr Show; Politics Live on BBC Two; Sunday Morning Live on BBC One; The Pledge on Sky News and After The News on ITV.

From January, Emma will present Woman’s Hour from Monday to Thursday each week. An additional presenter will be appointed to host the Friday and Saturday programmes. Emma will present her 5 Live show until the end of the year and will continue in her role at Newsnight.

Jane Garvey continues to present Woman’s Hour until the end of the year. Between October and December a number of other presenters will guest host in place of Jenni Murray, whose last programme is on 1 October.

How to Choose the Best Kitchen Cabinets

Casual runners-You could knock chunks off your 10K times